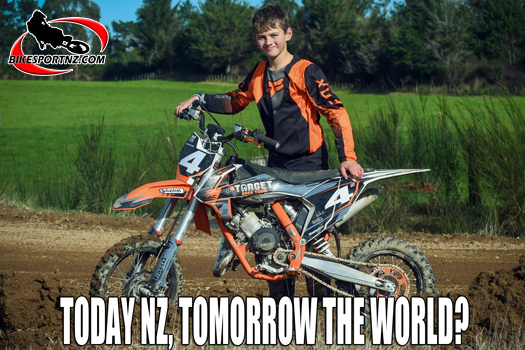 With four wins from five starts on his distinctive orange KTM bike, McMaster was the dominant figure in the premier 9-11 years’ 65cc class at the 2022 New Zealand Mini Motocross Nationals in Tokoroa on Saturday and Sunday.

The young man from Ohoka, a town on the northern outskirts of Christchurch, also scored four wins from five starts to win 7-9 years’ trail bike class at the annual two-day event, bringing to six the number of national mini motocross titles he’s captured over the past few years.

McMaster finished ahead of Palmerston North’s Jaxx Hunter and Winton’s Flynn Roskam in the 9-11 years’ 65cc class and ahead of Carterton’s Vinnie Edwards and Helensville’s Eli Hankins in the 7-9 years’ trail bike class.

It was a fantastic way for McMaster to sign off on his mini motocross career, as he now steps up to the junior ranks, starting with this year’s New Zealand Junior Motocross Championships in Taranaki on October 7-9.

The senior ranks then await him when he turns 17 and, after that, perhaps the American or world championships beckon.

The nine-year-old McMaster is a year five pupil at Te Koromiko Swannanoa School and, although racing motocross is his favourite sport, he actually spreads himself thinly between a variety of other sporting activities too. 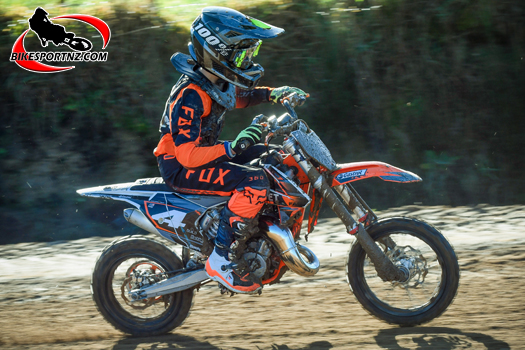 He also impresses on the rugby field, the basketball court and in the swimming pool, as well as taking piano lessons.

“Basketball, rugby and swimming all helps with my fitness for motocross and motocross helps to keep me fit for rugby, swimming and basketball too … so it all works both ways for me.

“I’d really like to one day compete in motocross and supercross in the United States … that’s my long-term ambition,” he said. “But I guess I’ve still got a few years to go before that can happen.”

The mini nationals were not raced last season due to restrictions surrounding the COVID-19 pandemic.