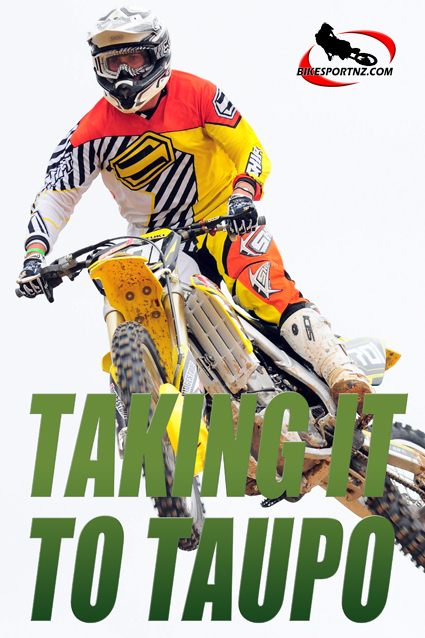 There will be a new championship leader in at least one of the main classes when racing winds up at round two of the New Zealand Supercross Championships at Taupo on January 2.

Queenstown’s Scott Columb (Suzuki) won the Lites (250cc) class at the opening round of the Backflips-sponsored series in Tokoroa two weeks ago but unfortunately he cannot continue racing.

An injury he suffered before the series began has been aggravated and Columb will not now be able to race on the brand new track at Taupo, or at the two South Island rounds that follow.

This leaves the way clear for current series No.2 Brad Groombridge (Suzuki), of Taupo, to take advantage on his home turf.

He will, however, need to be at his sharpest because Tauranga’s Peter Broxholme (Honda), third in the championship standings, and fourth-placed Jayden Jessup (Yamaha), of Wellington, are also very capable of moving up.

In the open class, the night at Tokoroa belonged to recently-retired Grand Prix star Josh Coppins, the Yamaha rider from Motueka ending the night 10 points in front of Christchurch’s Justin McDonald (Honda) and 14 points in front of Mount Maunganui’s Cody Cooper (Suzuki).

These three riders, along with leading riders such as Hamilton’s Hayden Clark (Yamaha) and Rotorua’s Michael Phillips (Honda), will be eager to renew their battles in Taupo.