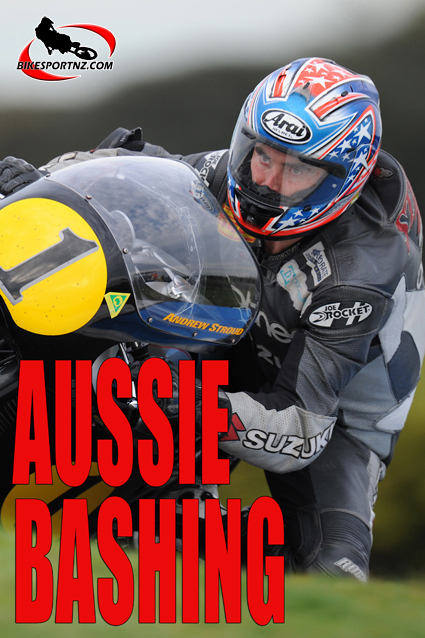 It was Kiwis galore at the Australian Historic Road Race Championships at Phillip Island at the weekend.

A large contingent of New Zealand racers crossed the Tasman to take part in this three-day event and they came home with titles in four bike categories.

Hamilton’s Nick Cole impressed with his barnstorming performances all weekend and was unlucky to get pipped for a title in the senior 368-500cc class by fellow Kiwi Stroud. Stroud finished 1-2-1 in this class while Cole placed 3-1-2.

In addition to winning that class, Stroud also won the Formula 700 class and the junior 263-250cc class as well.

“It was a great weekend,” said Stroud. “Nick Cole rode really well and it came down to the last race to decide who’d win the class.

“It was raining off and on all weekend sand that made things interesting. It felt like I was racing the world champs or something. It was pretty intense.”

The glamour class, the unlimited 526-1300cc class, it was a battle between Australian legends Mal Campbell and Robbie Phillis, with Campbell eventually winning the weekend by just three points from Phillis.