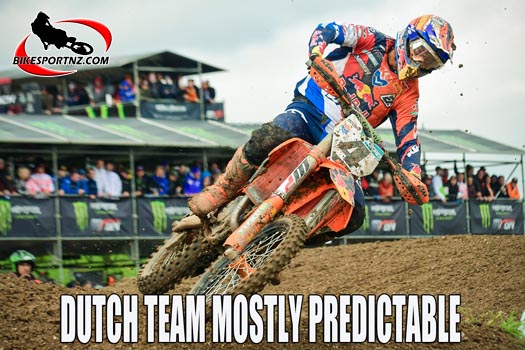 The Dutch have, predictably, named Jeffrey Herlings and Glenn Coldenhoff to spearhead their 2019 Motocross of Nations campaign on home soil.

These two men, between them, won every race at last year’s edition of the great race in the United States, but on home ground at Assen, in The Netherlands, they will perhaps be even more formidable.

Joining them will be either Calvin Vlaanderen or Roan van de Moosdijk.

Team manager Patrice Assendelft has chosen a team of four riders, although only three may start at the MXoN on September 28-29. 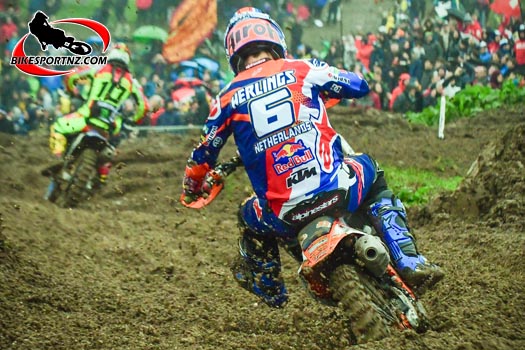 Jeffery Herlings, expected to be fully fit in time to race the MXoN for The Netherlands next month. Photo by Andy McGechan, BikesportNZ.com

For Team Spain, Jorge Prado will step up to a 450 machine and the MX2 world champion has been chosen to represent Spain in the premier MXGP class. Although Prado is still only aged 18, it is remarkably his fourth MXdN.

Carlos Campano will again take on the Open class and Iker Larranaga will take on the world’s best in MX2.

Team Spain earned a seventh overall last year and dream of making it onto the podium for the first time this year.

The Danish team to race this year’s MXoN was also named this week.