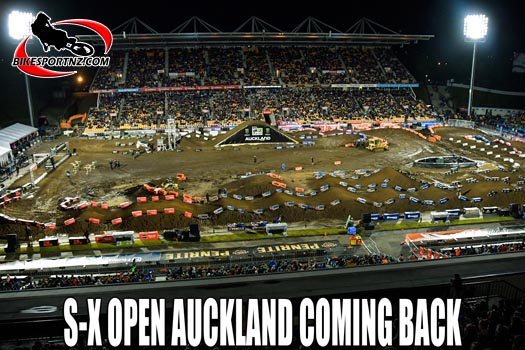 The event will also create history as it becomes the fourth official round of the highly contested Australian Supercross Championship when teams head across the ditch to compete inside the 25,000 seat capacity Mount Smart Stadium.

The record-breaking success of the 2018 event was unprecedented, with a crowd of over 22,500 attending Auckland’s Mt Smart Stadium, making it the biggest international Supercross event to ever take place on Kiwi soil and ultimately putting the country on the world Supercross map. 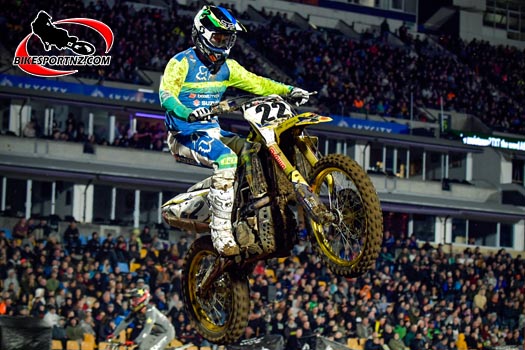 This year the event is set to feature even more of the world’s best against New Zealand’s dirt bike heroes.

Anderson will head to New Zealand for the first time ever, which he says will be a fresh addition to his offseason training and is keen to win the title of FIM Oceania Champion.

“I’m super excited to be heading to the S-X Open Auckland, it will be my first time to New Zealand, I saw it last year and it seemed like a really epic event,” Anderson said.“I only get to choose a select few events to race at in the off-season so heading to Auckland will keep my offseason interesting, and to win the FIM Oceania Supercross crown would be sweet, it would be another one to add to the trophy case, it’s one I don’t have and look forward to putting it up there.

“Competing against Reedy, I know he is a tough competitor, no matter how old he gets, he’s always fighting and he’s always gnarly, and he definitely won’t make it easy on me, and I know it’s going to be a good battle and a fun race.”

Reed left the entire field in his wake winning all three feature races at the inaugural Monster Energy S-X Open Auckland, to make a remarkable run to victory on the night and says getting the opportunity to go up against Anderson and more of the world’s best riders, helps with his preparation for the 2020 World Supercross Championship.

“New Zealand this year, having Jason [Anderson] also going after the FIM Oceania Championship actually excites me, as it will help my preparation for the 2020 season. Auckland’s Mt Smart Stadium gives you a good replication of the gate drops and the tracks I’ll be racing in 2020 [in the World Championship]”, Reed said.

“It’s important to retain your championship, and this year to win the second FIM Oceania Championship would be a huge honour. I think we’ll have a much better preparation and be able to come out swinging in New Zealand,” said Reed.

“Fans in Auckland last year were unbelievable, despite the challenging conditions of the weather, I had such a great time, and the supercross was amazing, you couldn’t have asked for a better night of racing.”