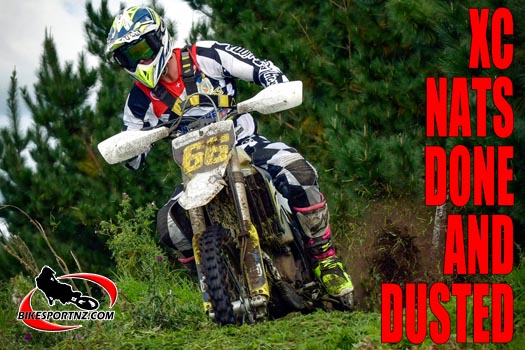 Taupo’s Brad Groombridge has completed the task he’d promised to right from the start of the season when he wrapped up the national cross-country title near Mosgiel at the weekend.

He had arrived at Saturday’s venue for the fourth and final round of the 2018 New Zealand Cross Country Championships series as firm favourite.

Results from only three of the series’ four rounds would be counted, with riders to discard their one worst result, so his 1-1-9 score-card from the previous three rounds put him in an ideal position to clinch the crown on Saturday.

His nearest rival, Taupo’s Nathan Tesselaar, had a 4-3-1 score-card after three rounds and so all Groombridge needed was a solid result on Saturday, or to at least finish ahead of Tesselaar, to grab the senior title for 2018. 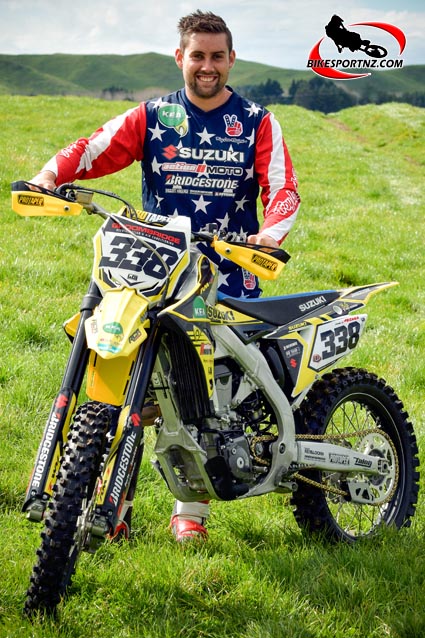 This was Columb’s first appearance in the cross-country series and so he was no threat to Groombridge for the title overall.

“It was a real thinkers’ track, with lots of soft and treacherous areas on the course, and it became a battle of attrition too, with quite a few riders failing to finish thanks to their bikes either overheating, throwing a chain or running out of gas.”

Tesselaar settled for overall runner-up for 2018, with Hamilton’s Phil Goodwright, Stratford’s Josh Hunger and Raglan’s Brandon Given rounding out the top five on the day.

Saturday’s result not only gave Groombridge his third consecutive national cross-country title, but it meant he collected the over-300cc four-stroke class title as well.

It was a double celebration for the Archer family, with Rachael’s father, Kevin, winning the over-45 years’ Super Veterans’ title. 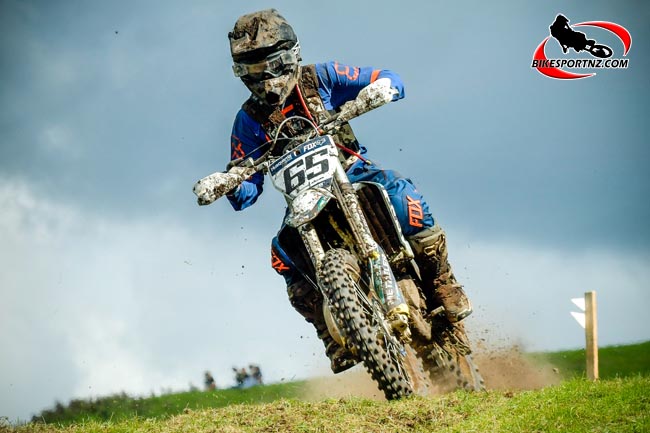 Meanwhile, Eltham’s Adam Loveridge won the 90-minute junior grade race, held earlier in the day, that result allowing him to snatch the title away from the young man who had led the series at the start of Saturday morning, Napier’s Bryn Codd.

The top five finishers in the junior race on Saturday were Loveridge (main photo, above), followed by Cambridge’s Callum Paterson, Raglan’s Coby Rooks, then Codd and Cambridge’s Michael Henry.

In terms of final overall junior grade rankings, Loveridge’s 2-1-7-1 score-card gave him the crown ahead of Paterson (1-20-4-2) and Codd (3-3-2-4), with Loveridge discarding his seventh placing from round three, Paterson ditching his 20th from round two and Codd dropping his fourth placing from Saturday’s finale.