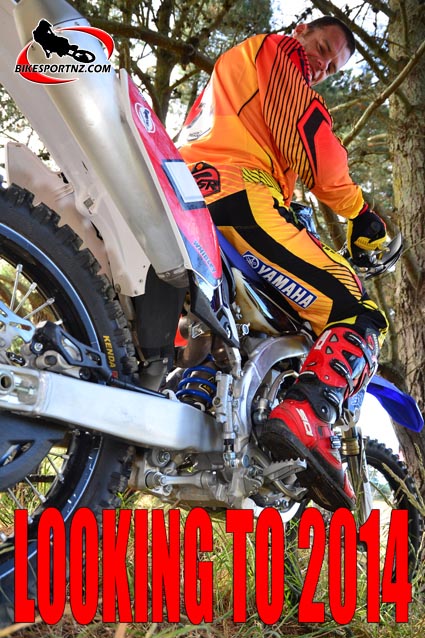 Pahiatua’s Paul Whibley is philosophical about his disappointing 2013 off-road motorcycle racing campaign in the United States.

The 35-year-old Whibley, a former Manawatu forestry worker who is affectionately dubbed “The Axeman” on the international motorcycling scene, won two major cross-country titles in the US last season, clinching the GNCC title and the Off-Road Motorcycle and ATV (OMA) crown as well.

But, handicapped by a succession of injuries this year, the 2012 US Grand National Cross-Country Championship (GNCC) winner was forced to give up his crown to American rider Kailub Russell at the final round just a few weeks ago.

Whibley took his Yamaha YZ450F to finish third overall at the 13th and final round of the Grand National Cross-country Championships at Crawfordsville, Indiana, but it was never going to be enough to stave off the inevitable, the Kiwi hero a long way behind in the points thanks to his blighted campaign.

Not one to dwell on matters he is unable to change, Whibley returned home at the end of his long American campaign and immediately set about preparing for a fresh assault in 2014.

“Injuries are just a part of racing,” said a wistful Whibley this week.

“I have enjoyed a long and solid career racing among the best riders overseas … to get injured simply sucks, but I’m not getting too down and out about it.

“I managed to get good results when I came back from surgery (for a sports hernia) and it was pleasing that I could be back near the front so quickly again.

“I’d like to have won a race near the end of the year but Kailub (Russell) and Charlie (Mullins) were pushing pretty hard. But I’m back up and running now and my pace is good again.”

Whibley and his wife, Katherine, are expecting their first child, a boy, in mid February, but that won’t alter his plans to race the GNCC series in the US again next season.

“Nothing has changed because the baby is arriving. It’ll be business as usual with my racing.”

In the meantime, Whibley is organising a major race on his private practice property at Taikorea, on the outskirts of Palmerston North, next Saturday (November 23).

Each race offers $100 in prizemoney, with an extra $100 prize to be paid to any rider who manages to win all four races.

This year’s event will also be co-sanctioned with the Bush Riders XC series (BRXC) so riders will earn points towards the BRXC Championship as well.