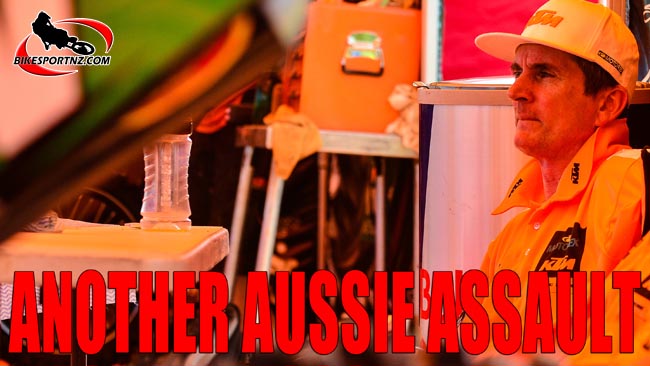 Another KTM Australia invasion is braced to hit New Zealand this summer.

KTM Australia announced this week that 2012 MX2 Champion Ford Dale will join the Motorex KTM squad for 2014, riding a KTM450SX-F in motocross and supercross competition and he will spearhead the Trans-Tasman assault in the New Year, racing the four-round New Zealand Motocross Championships which kick off near Timaru in February.

From Alexandra Headlands in Queensland, Dale will fill the seat left vacant by North Queenslander Todd Waters, the Motorex KTM team’s 2013 MX nationals runner-up who has gone on to an MX1 factory ride in Grand Prix motocross for 2014.

Dale was ruled out of the 2013 season back in May when he damaged both ACL and MCL ligaments in his left knee, and has been undergoing intensive training and conditioning in preparation for 2014, including riding the new 450SX-F he took delivery of last week. 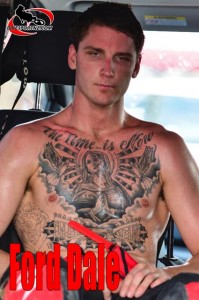 The 25-year-old will be reunited with former team-mate Kirk Gibbs, with whom he rode in MX2 competition in 2011, and will begin his contract with the team on December 1.

His first official race appearance for the team is scheduled to be on February 8 for the first round of the New Zealand MX championships, which he will contest as preparation for the Australian MX Nationals.

“We’d been speaking to Ford for a while and it’s very exciting for us,” said Motorex KTM Team manager Rob Twyerould (pictured above, main photo).

“Ford is a guy we’ve had our eye on for a couple of years. He’s got a great riding style and a fantastic work ethic, and he hooked up for training a fair bit with Todd who speaks very highly of him, and whenever I’ve been out with him he’s been one of those ‘first rider out and last in’ guys who put a lot of effort in. He’s very skilful and uses his legs a lot, and he’s quite creative on the bike.

The right rider is also about finding one that will fit in with the team we’ve got already and I think he’ll fit in really well, just as our bike should fit in well with him. Ford relies very heavily on the front tyre and that’s something we can really offer with the KTM, the Japanese bikes seem to have changed their style a little but the KTM will give very good feedback through the front. When testing it he really noticed that he could push the front hard and was very impressed.

We should have a fantastic relationship with him and a very exciting year.”

Dale was excited about the new development.

“It’s awesome to do this deal. I haven’t ridden KTM since I rode the first ever KTM60, and I hadn’t ridden one since, so I’m so pumped to be part of the best team on the circuit,” Dale said.

“I know Rob pretty well and I’m looking forward to working with him. It seems to be the team moving forward and I’m pumped to be a part of it. I’m also pumped to be back in MX1 again and I’m definitely there to win. I believe in the program I’m doing and winning is the main goal.

“I’ll be back with Gibbsy again which is pretty cool. He and I get along fine; we were team mates on the Serco team and we’re a similar speed and always battling.

“I had my first ride on the bike this week and I love it, I still haven’t taken the smile off my face. It steers really good and I’m looking forward to testing and seeing how good we can get it. I’ll test before Christmas and then a little more before we head to New Zealand so it should be good.

“I’m in probably the best shape I’ve ever been in right now. I sat down after the injury and made a plan from June until January with structured training, and I’ve been working hard with my trainer since June.”