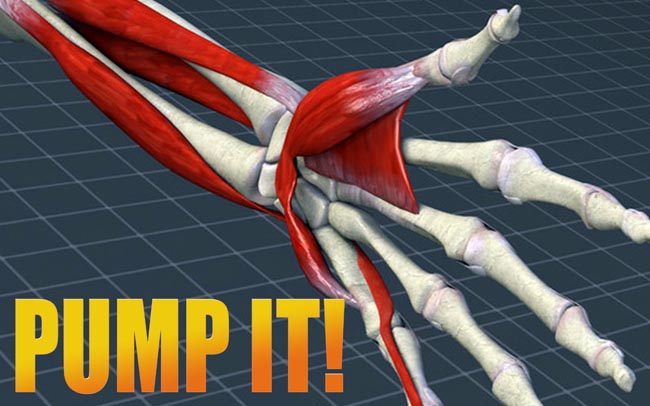 An initiation to MotoGP or motocross can often mean nasty scars on the arms.

Those ugly marks are from arm pump surgery, a common procedure to alleviate pressure caused by what is called compartmental syndrome, what we all refer to as “arm pump”.

Riders put so much pressure on their forearms, from braking or turning the throttle, or just from extreme vibration, that their muscles swell. And there’s only so much room to grow.

“I have got a pretty lengthy scar,” American Nicky Hayden said of his right arm. “Definitely arm pump is kind of weird, it comes and goes, and it’s not any clear reason to what has caused it. You can have it at one track and not at another; it can be bike-related, training-related.”

Hayden, from Owensboro, Kentucky, has had his arm worked on twice. The first surgery was in November 2009. Three months later, he had another to clean out scar tissue.

The jagged scar extends more than a foot on the inside of his arm.

“I have seen guys do it and they have had the surgery and now they don’t have arm pump at all,” said American Colin Edwards, who was having issues years ago then blew out his right arm rock climbing. “It leaves nasty scars if you have the wrong doctor, but, you know, chicks kind of dig scars.”

Hayden is joined in this arm pump fraternity by, among others, 2010 world champion Jorge Lorenzo, whose right arm was fixed in 2008. Fellow Spaniard Dani Pedrosa, the 2010 IMS winner, required the surgery in 2006, his first year in MotoGP’s premier class.

Two-time world champion Casey Stoner blamed arm pump pain for losing last season’s first race at Qatar. He led most of it, then wore down and relented to Lorenzo.

“It’s very, very, very common because the forearm is constantly gripping on something,” said Tuan Nguyen, a certified athletic trainer who used to work with Hayden.

“There’s just no room to breathe. The muscle is trapped, the nerve, everything. Circulation is cut off. Sometimes it can be so painful, they can’t hold on (to the bike). They will go into a corner and let go and they don’t even know it.”

Nguyen learned about arm pump from one of the best. The founder of TKB Sports Medicine in Morgan Hill, California, worked for 15 years with noted surgeon Dr. Arthur Ting.

“Some have had multiple surgeries for that problem because it keeps coming back,” he said. “This has been working really well.”

The same surgical procedures have been done on motocross and enduro riders as they, too, try to relieve the painful swelling.