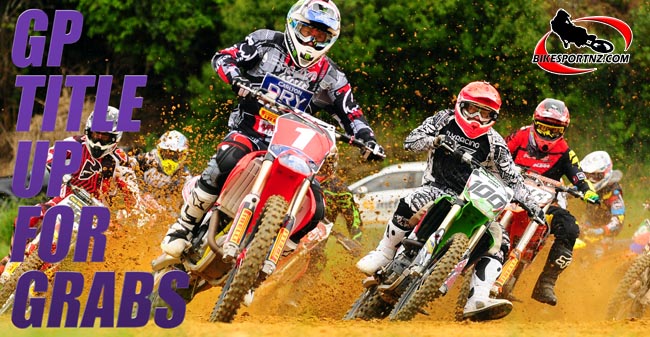 Fifty two years can be a lifetime in the sporting world.

This is particularly so in a young persons’ sport such as motocross, where the average rider’s career-span is often less than a half, or even a quarter, of that.

But this year that’s exactly what New Zealand’s greatest show on turf, the Honda New Zealand Motocross Grand Prix at Woodville, will be celebrating when the gates drop for racing at the end of this week (January 26-27).

This enduring event is proud of its ‘wrinkles’ too, well-worn creases and scars in the dirt giving it added character and, as a once-a-year venue only, no particular rider has any special claim or unfair advantage over his or her rivals. It is a working farm for the other 363 days of the year.

Founder of the event is Manawatu Orion Motorcycle Club life member Tim Gibbes, who was a GP motocross racer in Europe in the 1960s.

It was from a fairy-tale beginning in the 1960s that the event has flourished and matured and, remarkably, it can list current, former and future world champions among its glittering list of alumni.

Gibbes and fellow GP racing buddy Ken Cleghorn fought handlebar to handlebar at that inaugural event in December 1961, Cleghorn eventually taking away the silverware. Gibbes took his revenge to win it back the following year, actually just a month later, in January 1962.

The Woodville honour roll over the years reads like a who’s who of leading New Zealand motocross talent and also features some of the best riders of the day from Switzerland, Belgium, Germany, Austria, Sweden, England, Scotland, Wales, the United States and Australia.

To date, only nine riders have won more than once at Woodville, Taranaki’s 1996 500cc world champion Shayne King the most successful ever, with nine wins to his credit.

The man favoured to win it this time around is another Kiwi international, Tauranga’s Ben Townley, the 2004 world motocross and 2007 American supercross champion on something of a win streak at home this summer.

But he will be up against it with fellow Kiwi internationals Michael Phillips (Bel Ray Honda CRF450), of Rotorua, Mount Maunganui’s Cody Cooper (Moto City Suzuki RM-Z450) and Christchurch’s former Woodville winner Justin McDonald (Bel Ray Honda CRF450) and a host of overseas riders expected to keep him honest.

It is interesting to note that the founder of the Woodville motocross, Gibbes, was racing there 24 years before the current Woodville champion, the now 28-year-old Townley, was even born.

From those humble beginnings in late 1961, the Woodville motocross has developed magnificently over the years. Staged at the same grassy farmland venue every year since 1961, it now attracts hundreds of competitors and fans number by the thousands, the programme has expanded to boast more than 70 races and it easily fills two days.

Woodville now stands alone as the biggest and best motocross in New Zealand, attracting riders the length and breadth of the country as well as overseas, and it is perhaps second only in significance to the national championships.

In addition to racing for the senior elite, the Woodville motocross also includes races for minis (riders from as young as age 4), juniors, cross-country and enduro riders, veterans and clubman riders, as well as staging the splashy and spectacular ‘river race’ for the enduro and cross-country die-hards.

It is going to be a very busy weekend.