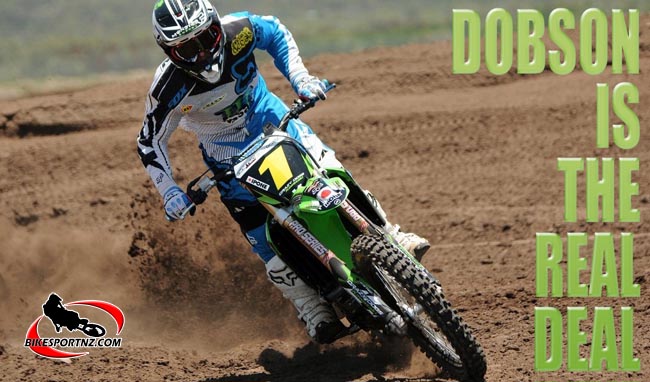 Having won Australian Junior Motocross Championship in the 250cc 15 years’ class in 2012, Jesse Dobson is making a debut ride at the New Zealand Motocross Grand Prix at Woodville this weekend, racing in the MX2 class.

Dobson has already achieved success in New Zealand, winning the 2011 NZ Junior MX Championship in the 12-14 years’ 125cc class, and he is more than keen to step up to senior racing on his Kawasaki KX250F.

Turning 16 in March, Dobson has numerous Australian titles to keep him determined and focused against a competitive line-up in the MX2 class this weekend. BikesportNZ.com contributor Sharon Cox caught up with Dobson as he arrived in New Zealand, checking out how preparation has been going … 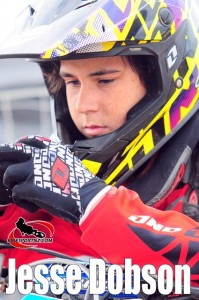 Q: Stepping up to senior racing at not even 16 years of age, and in another country – NZ’s Woodville GP is an impressive ask … how are you going with preparations for the event next weekend?

JD: Yeah, my preparation up to the event has been going well, obviously I’ve had to change my programme a bit this season as per the longer motos. But I am really enjoying it.

JD: The focus this season is obviously to be on the podium, but to be realistic it is still a learning year for me and to be running within the top 10 every weekend is my goal. I’m just going to take away as much as I can from each race and have fun.

Q: Crossing the Tasman to race in Woodville’s GP is awesome for New Zealand Motocross … how were plans put in place for the trip and are there reasons for looking forward to racing on NZ tracks?

JD: Kawasaki NZ has been a huge help towards making the trip over possible along with all my other sponsors back home have all put in to make it happen. We thought I would come across and get some race experience before the MXN starts back in Australia.

Q: Post Woodville, would you and your team be looking at racing NZ MX Championship rounds coming up in February … if so, would this be a good build-up for racing Australia’s MX Championship in April?

JD: Yes, I am definitely staying to race the NZ nationals, just to get the feel of how everything all works. The races in NZ are actually a little bit shorter than Aussie, but it will be an awesome build-up to the MX nationals starting in April. I am super excited to be back in NZ racing and training again.