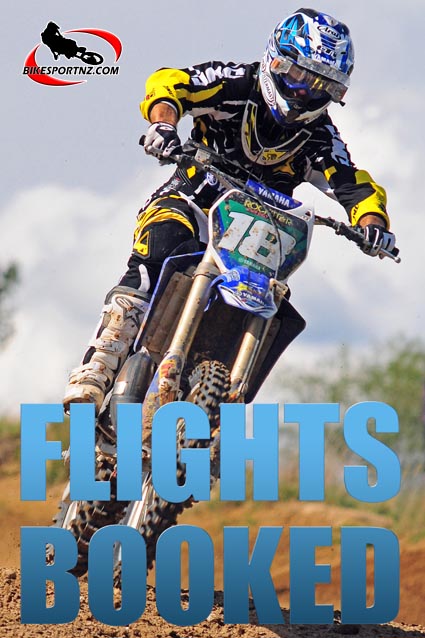 Fresh from his 2011 MX2 championship-winning campaign in New Zealand, the MXDK Rockstar Yamaha team boss is packing his bags for another tilt at the Veterans’ Motocross World Championships.

He will miss round one at Valkenswaard, in the Netherlands, this weekend, after a last-minute change of plans but he will be in action at the second of six rounds, in the United States, in about three weeks’ time.

The former GP star stunned the domestic scene when he came out of retirement to wrap up the national MX2 title last month, humbling a couple of top Australian visitors and the cream of New Zealand’s rising young stars in the process.

But now he’s headed back to Europe and the US for a crack at the world veterans’ championships.

“I’m really excited to be going,” said the 42-year-old King. “I’ve decided to ride a Yamaha YZ450F, rather than the YZ250 two-stroke that I’ve raced earlier this season, because I think that’s the best option for me in this particular competition.

“I always want to win every race I enter and this is no exception but racing is actually the easy part.

“What’s difficult, as I’ve found in the past, has been coping with jet lag. I’ve got a few tricks up my sleeve this time though. I’ve been deliberately keeping myself up late at night and I’ve given myself an extra couple of days to get over it before the races.”

King heads to the United States for round two of the world champs at Glen Helen, California, on May 15. The veterans’ competition then takes a short break before resuming in July with round three in Latvia, round four in Belgium, round five in England and, finally, round six in Germany.