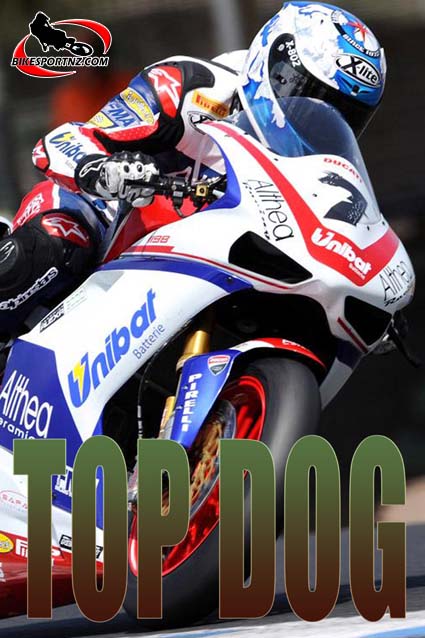 A delayed start to the second Assen race made no difference to the outcome, as Carlos Checa and Max Biaggi played a high-speed game of cat-and-mouse at round three of the Superbike World Championships at the weekend.

Biaggi looking to have it wrapped up as he passed long time leader Checa, only for the Spanish rider to reassert himself on the final lap and win his fourth race out of six so far this year.

In the points standings, Checa now leads by 132 to Biaggi’s 89. Melandri is third on 85, Rea jumping to fourth with his new total of 79 points.