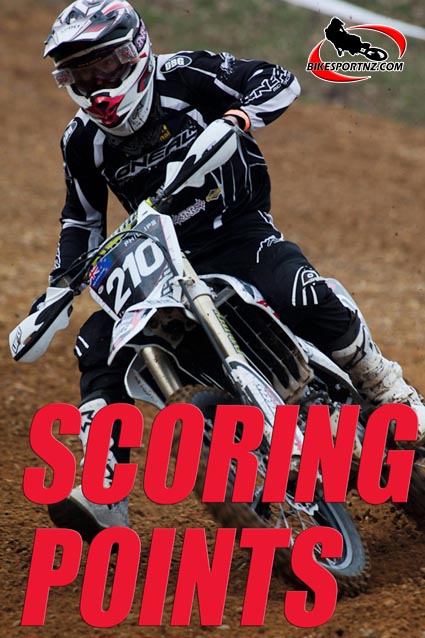 It was a tough day for the Kiwis in action at round three of the British Motocross Championships at Lyng today.

Bay of Plenty’s Ben Townley (Kawasaki) made his comeback from injury with a solid performance in qualifying at the British Champs event, a prelude to his likely return to the GP scene at round two of the world championships at Valkenswaard, in the Netherlands, this coming weekend.

He fired out of the gate for the first MX1 race at Lyng and managed seventh overall at the chequered flag, the race won by Honda’s Brad Anderson, but then he scored no points in the next two outings.

Townley (CLS Monster Energy Pro Circuit Kawasaki KX450F) had a broken exhaust in the second race and came into the pits to get work done. He then left the pit area to get another part from the team truck and then tried to re-enter the race. He was then disqualified from the race.

He withdrew from the third race as fatigue became a problem but, overall, he was happy with his pace. Looking at the bigger picture, Townley’s wildcard ride at the British Championships was merely a work-out for the Kiwi and results on the track not so important.

“Every time I go out on the track I improve so I was fairly happy with my speed, especially in the second race I felt like my old self out there but I think that the biggest thing at the moment is still putting everything together – I’m still building up on my corner speed and attacking the track  and that’s all coming back to me,” said Townley.

“I’ve only been on the bike a couple of weeks — I know it was only a British championship and I’ve got to get to the world championship now but the speed of the top guys in the UK has always been very high. I believe they go really well on British soil and they have a lot of intensity.  The British championship is strong and it’s very professional over there.”

With his first race nerves out of the way, Townley is taking his comeback at his own pace and is more excited to be back in Europe and to be back behind the start gate than anything.

“At this stage I don’t think it’s worth putting in expectations on Valkenswaard next weekend.

“I want to keep improving on the bike, keep on improving on my riding and then take the race as it comes. I need to get through Saturday and then survive on Sunday.  I can’t wait.”

Anderson went on to record 1-3-1 for the day and take the outright victory by just three points from flying Scotsman Stephen Sword (CCM), who managed 2-1-3 for the day.

In the MX2 class, Rotorua’s John Phillips (Kiwi DBG Suzuki Team) got stronger as the day wore on, finishing 14-19-8 in his three outings, good enough for 12th overall on the day.

The MX2 class was dominated by American Zach Osborne (Yamaha), who finished 1-1-2.

As soon as the MX2 class hit the track for the first session the pace was hot with everyone launching off the big drops and attacking the whole track.

Phillips managed to complete the qualifying session with the 21st fastest time. Amazingly only one and a half seconds separated 25th place from 10th place showing just how competitive this class is.

The first moto of the day John got out to a mid-pack start and slowly edged forward the entire moto to cross the line in 14th position. Coming out of the gate in the second race, Phillips got sandwiched by two riders and was lucky not to go down. This meant the number 210 machine was near the back of the pack rounding the first lap but Phillips fought hard all the way back into a point scoring 19th position at the end of the race.

The final race of the day for Phillips and he found himself battling mid-pack at the start of the moto. He found his groove and made massive

In-roads through the pack in the first part of the moto to move into the top 10. Phillips didn’t give up and finished the moto in 8th position while still chasing down Steven Clarke right to the chequered flag.

Phillips improved all day and managed to pull out a top 10 moto result by coming through the pack and gain a 12th place overall for the day. This is a great confident booster for both Phillips and the entire team and is proof that the hard work is giving the rewards.

After a solid build-up to the MX1 race, Phillips’ Kiwi DBG team-mate, Masterton’s Bjarne Frederiksen, was confident of a good result at Lyng.

Frederiksen quickly put down a hot lap at the beginning of the MX1 qualifying session and found himself sitting inside the top 25 times for much of session. Unfortunately as the time ran down the other competitors laid down some blazing laps and Bjarne dropped to the 39th qualifying time.

The first race saw Frederiksen get a great jump out of the concrete start gate and was running mid-pack for the first lap. An aggressive passing move from another rider saw them tangle and both go down. After finally managing to remount they had another coming together a lap later. By this time the rest of the pack was well gone and the Kiwi finished the moto in 34th position.

In the second race, Frederiksen got another good jump but got sandwiched on the second corner to drop back in the pack a number of positions. The number 151 bike ticked off the laps to finish the moto in 31st position. The final moto of the day for Frederiksen was almost a carbon copy crossing the finish line in 32nd. Frederiksen is showing more aggression and confidence off the start and he will continue to work hard to maintain this intensity throughout the moto to move himself up the rankings.

The DBG team will line up next at the second round of the British Masters in Pontrilas on April 24. 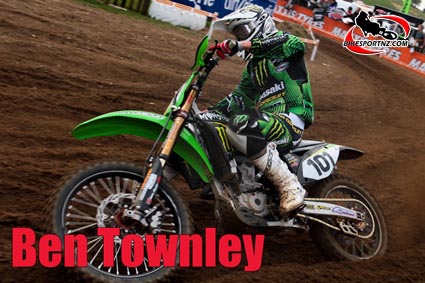 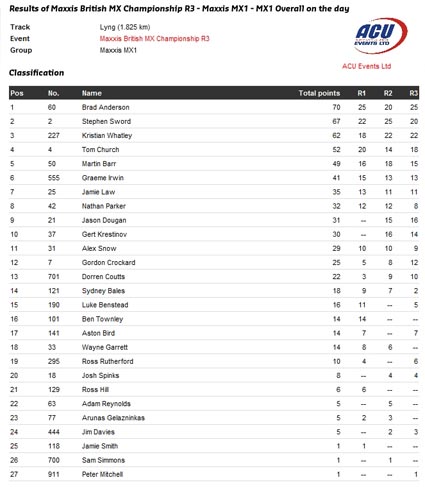 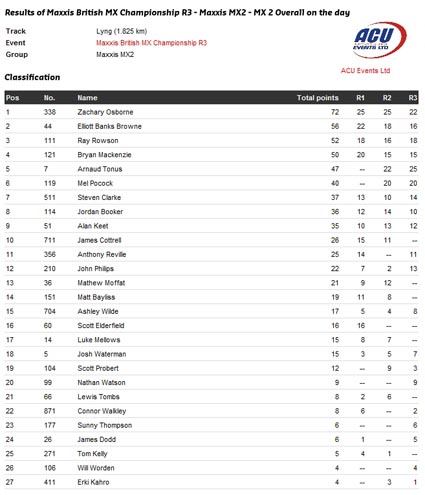