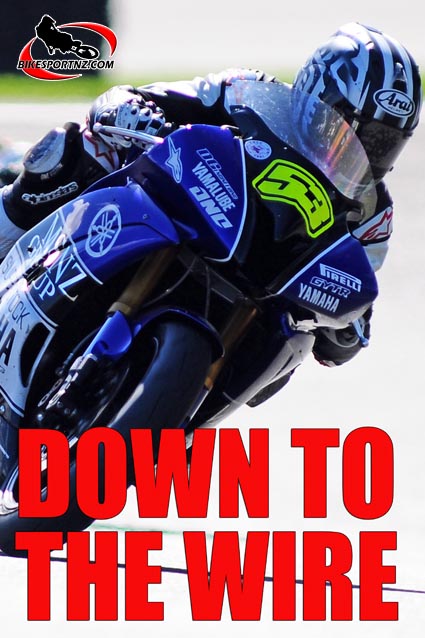 The racing went right down to the wire in the hunt for national 600cc supertstock motorcycling honours this season.

It always looked likely to be a Yamaha 1-2-3 in the class with a trio of riders on the distinctive blue and white R6 machines hogging the podium most times through the five-round series – it was just a matter of determining in which order they would finish at the end of the day in the Manawatu on Sunday.

The Manfeild Raceway circuit in Feilding, just outside Palmerston North, hosted the fifth and final round of this year’s championship series at the weekend and, with 50 points still on offer as the riders warmed up their tyres during Saturday’s qualifying, there was virtually nothing to separate Inglewood’s Midge Smart (pictured above) from Auckland’s Jaden Hassan and Christchurch rider Eric Oliver-Maxwell.

There were just 30 points between the three men, with Hassan on top, enjoying a slender 10-point buffer over Smart.

When Smart shot off the line to win Sunday’s first of two 600 superstock races, and Hassan finished runner-up, that gap had been halved and, with five points the difference between winning and coming second, the final race of the championship would decide the title.

There were several nervous moments for Smart and Hassan because it took three attempts to finally get that race completed – separate crashes twice demanding a re-start – but, in the end, Smart took the win and the crown. Oliver-Maxwell finished third overall.

Smart and Hassan finished the series equal on points but Smart got the nod because of the count-back rule, his tally featuring more race wins.

In total, Smart won five of the series nine races, while Hassan had only one win but finished runner-up on seven occasions.

“I knew I had to win both races at Manfeild … the mathematics was really that simple,” said the 24-year-old Smart. “I think the close racing brought the best out of me.” 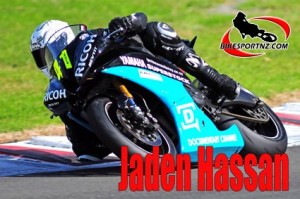 The 42-year-old grandfather finished fifth in the day’s first 600cc outing at Manfeild but that was easily enough for him to seal the championship ahead of nearest rival and fellow Canterbury rider John Ross (Yamaha), allowing him to reclaim the title he last held in 2008.

“The team has been fantastic this year,” said Charlett afterwards.

“Suzuki, Pirelli and Andrew Stroud have all supported me well and this is what made it all possible,” said Charlett, modestly downplaying the undoubted influence of his own vast racing talent. 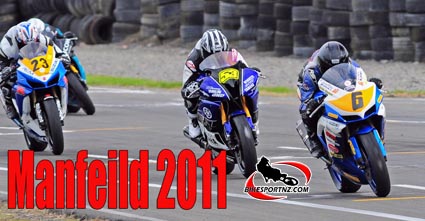