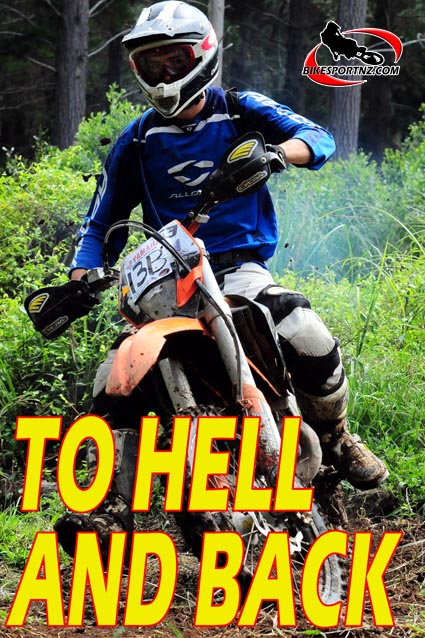 Auckland’s Mike Skinner has won the second annual No Way In Hell Extreme Enduro event, held at Oparau at the weekend.

These were the only four riders to finish the event in the allowable time of six hours.

Garry Sands (Whangarei, KTM), Phillip Cheater (Raetihi, KTM) and Callum Birch (Rotorua, KTM)  completed the course but they were over the allowed time.

The top four were all together on the last real big downhill, about half an hour from the finish, but Skinner dug in deep to beat Clarke by about 15 minutes. The Nield brothers and Clarke were all suffering from bad cramp, which gave Skinner the chance to break away.

Right from the start, Skinner had his hand on the trophy as he won the $100 Bull Rush award. The Bull Rush was from the start to a mark two kilometers up the rockiest riverbed imaginable.

The event was a huge success with plans underway to make it even better next year.

All the feedback from the riders was all positive as they knew what they had entered. For the many riders who only finished the first lap they had a ball as they just don’t get to ride in those sorts of places in this type of terrain.