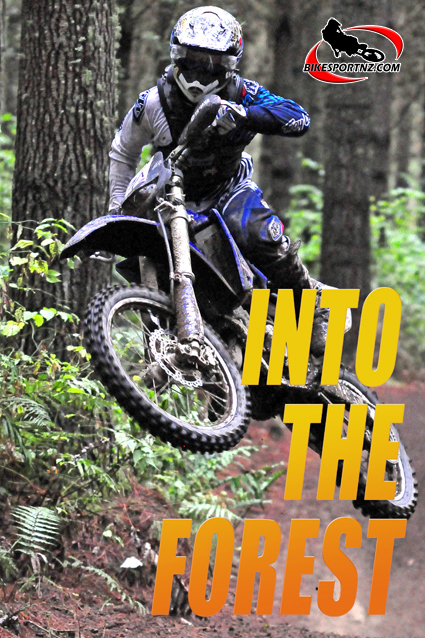 It will again be a world class field of riders who line up to contest the national enduro championships this season.

The cream of Kiwi international riders head to bushy farmland in the King Country for the opening round of the 2010-11 New Zealand Enduro Championships on Saturday with no one rider a clear favourite to win.

Instead, there are perhaps a half dozen men who could be expected to dominate the day.

The Yamaha-sponsored six-round national series gets underway on challenging farmland at Waimiha, near Benneydale, on Saturday with plenty at stake.

Perhaps foremost among the entrants is multi-time national champion Chris Birch, the Auckland rider now highly-regarded worldwide on the extreme enduro scene, and he is determined to win back the main prize this season.

He has just arrived home after winning – for the third consecutive time — the Roof of Africa extreme enduro in Lesotho a week ago and his current form could be described as nothing less that awesome.

It won’t all be plain riding for Birch, however, with 2009 national champion Rory Mead, of Taupo, a rider with a similar pedigree and similar determination.

Whangamata’s Jason Davis is the 2010 champion but he won’t be able to defend his title this season as overseas racing commitments take him away but, instead, it is likely to be New Zealand’s three International Six Days Enduro team riders — cousins Karl and Chris Power and Mokau’s Adrian Smith – who step up to challenge.

“We will be using the same venue as last season but switch the track to run in the opposite direction … just to make things interesting,” he said.

“It will be physically demanding. There are creek beds, rocks, native bush and the course covers pretty much all the types of terrain.”

For the riders who survive this weekend, round two of the national series is set for Oparau, near Kawhia, on January 29. The series winds up near Taupo on July 2.

The series is sponsored again by Yamaha New Zealand, with support from Leatt Braces, MotoSR and Silver-bullet.