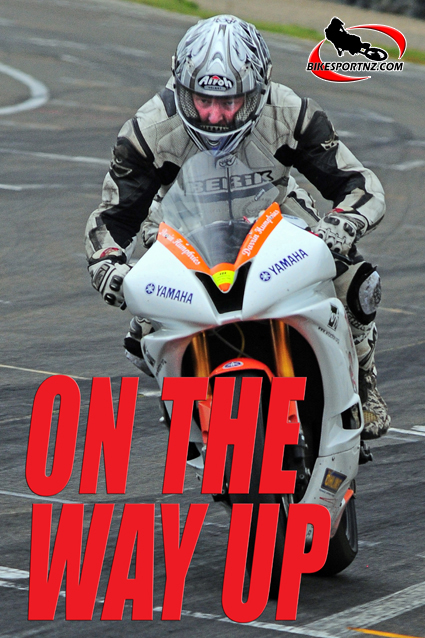 What a difference a year can make.

Feilding’s Darrin Humphries finished a long way down the pecking order in the Victoria Motorcycle Club’s popular Actrix Winter Series last season, 12th overall to be precise, but now he’s among the elite after the sixth and final round of the 2010 series at Manfeild on Saturday.

“This was my last event on the 2006-model Yamaha R6,” said the 41-year-old Humphries. “My next race meeting will be round one of the Tri Series (set for Hampton Downs, near Meremere, in December) and then I’ll race my 2010-model bike. I’ll spend the next two months testing to get it ready,” he said.

“I’ve improved a lot as a rider in the past year or so but, to be honest, there were a few fast guys missing from the Winter Series this year,” said the modest Humphries.

“I suppose, though, you’ve got to be out there on the track if you want to win.

“The bike I have used for the series might be two or three years old but it never let me down. I can’t wait to get out there on the 2010 model now. I expect it will be the same but faster and if it’s as reliable as this 2006 bike, I’ll have no problems.”

Taupo’s Jamie Rajek won the F2 class in the winter series, ahead of fellow Taupo rider Travis Merkel, and while Humphries has the utmost respect for his rival, he also has no doubts that Rajek and Merkel can be beaten.

“I have beaten Jamie (Rajek) … in the wet. The racing in this series has given me confidence that I can achieve at national level but I don’t know yet whether I can afford to race the whole national series. I desperately need a sponsor.

“Maybe there’s a Feilding business out there that wants me to help raise their profile,” he smiled.

Meanwhile, despite his winning ability, Rajek may also be absent from the national programme.

“I’m thinking of not racing the nationals at all this year,” said the 35-year-old Rajek.

“I’m going to concentrate on being team manager. This year the Wolfpack Racing Team will have Masterton’s Jamie Galway, Taupo’s Scott Moir and Auckland’s Daniel Mettam as its racers.

“I’d love to race but I’m committed to making the team work too and that’s my priority at the moment,” he said.

Full story and more photos from the weekend’s action at Manfeild in your next issue of KIWI RIDER magazine. 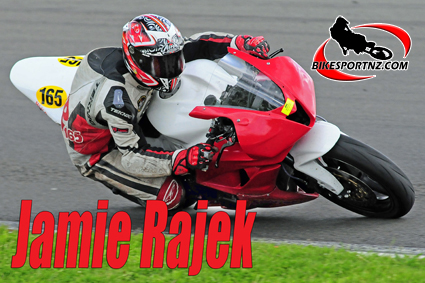