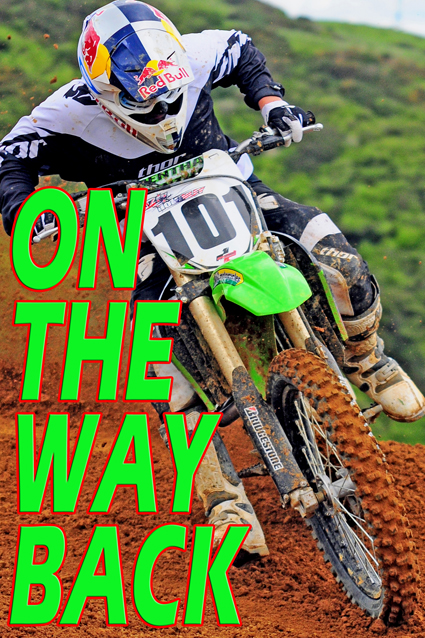 Ben Townley is slowly putting the jigsaw back together.

The Kiwi international — 2004 MX2 world champion and 2007 East Coast Lites Supercross Champion in the United States — has been down and out, unable to race competitively since a bone-crunching crash at the Motocross of Nations in the US in September 2007.

But now he’s all smiles again, back home in New Zealand and putting the pieces back together, with a new lease on life, and eagerly counting down the days to when he’ll be racing top-level motocross again  — he’s anticipating being back in action at the popular annual Whakatane Summercross.

And it is his renewed relationship with the Kawasaki crew, the brand Townley rode with so much success in his junior days and when he won the American title, riding for Mitch Payton‘s Pro Circuit Kawasaki team two years ago, that has given him so much fresh hope.

“I’m probably a bit behind where I originally thought I’d be (with my recovery). I thought I’d be able to ride the New Zealand Motocross Championships,” said the 24-year-old (he’ll be 25 in December).

“Of course I’m excited to be home. I’ve not raced here since 2000 but I feel there’s no need to rush back to racing just yet.

“Mike (Wilkins) is helping me out … we’ve had a great relationship, since I was about seven years old actually. And my relationship with Mitch Payton is great too.

“I’m definitely gutted with how things have been going for me these past two seasons but, at the end of the day, I’m happy with what’s happening for me now. I’m looking forward to the future. It’s looking much brighter now.”

Full interview and more photos in your next issue of KIWI RIDER magazine.