We ran this story and video segment just prior to the 60th anniversary Woodville Grand Prix in January 2021 and now,  with the event being abandoned in 2022 because of the COVID-19 pandemic, and just because we thought it was worth a second view, we are running it again today …

This year marks the 61st anniversary of the great Kiwi event, set for this weekend (January 28-29), and aside from establishing the Woodville Motocross Grand Prix in New Zealand – something that could be similar, he believed, to the Grand Prix events at which he was racing in Europe at that time – Gibbes was still at this time very busy with racing and bike testing for various factories around the world … and then Hollywood came to him with a request.

The marathon 2-hour and 48-minute movie has only about five minutes of motorcycle action in it but what great action it was. Gibbes was friendly with one of the American stuntmen, Bud Ekins, and was hired as a stand-in for several of the action shots, including some played by a young actor called Steve McQueen. 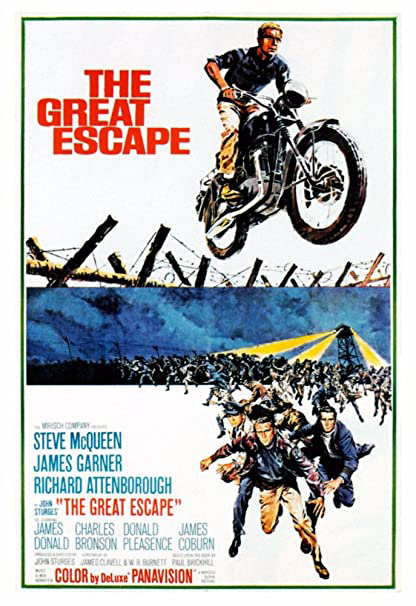 The film required McQueen’s character, a hard-case habitual POW escaper, to “borrow” a motorcycle from a passing German soldier and then hare through towns and across the countryside before leaping the stolen motorcycle over a tall barbed-wire fence. It was Ekins who did the “wire fence jump shot” in the film, but Gibbes’ main stunt scene was just as risky.

Shown below is photo taken during the film’s making, shot after the stunt completed by Tim Gibbes during the making of The Great Escape, the scene where McQueen “acquires” the motorcycle.

It involved Gibbes riding the bike, dressed as a German soldier, who is then brought down by McQueen’s character who has strung a wire across the road.

“My first run I dropped the bike and slid along the road as requested by the director,” said Gibbes.

“But I slid too far in a shower of sparks and hit the camera and its operator.

“While the medics attended to the camera man (they said I’d broken his leg, but that may have been a Hollywood term for a bit of a bruise) I quietly dissolved behind the crowd knowing that my role as a stunt man in the film was over.

“Then I heard Jack Reddish, the assistant director, call out ‘Gibbes, Gibbes come back here’. 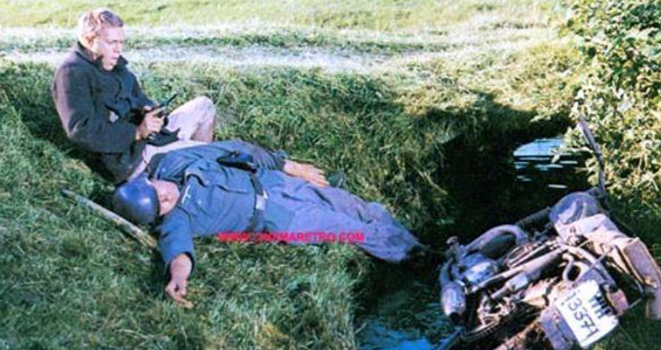 “He explained, ‘Can you imagine how that would look in the film theatre when the motorcycle would slide along in a shower of sparks into the audience. Do it again’, he said, ‘but this time we’ll lift the camera a little higher and you slide under it’, which I duly did.

“McQueen was a typical young American Hollywood star … brash and a bit of a show-off. But I did meet him again a few years later and he’d mellowed. He’d become a much more genuine person.”

Listen here to the second in our series of interviews with Tim Gibbes, the founder of the Woodville MX.

Today the now 89-year-old chats with BikesportNZ.com about his Hollywood experience. 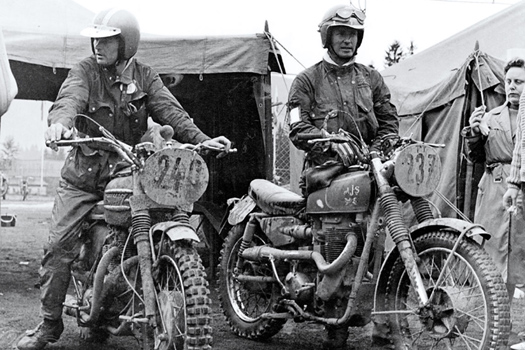