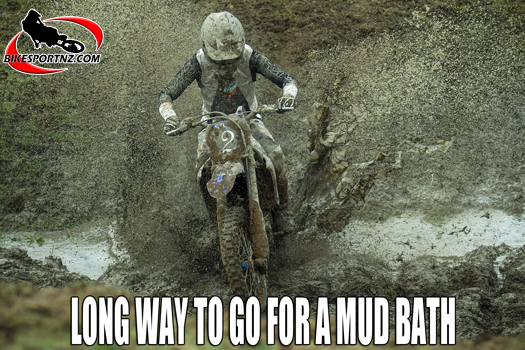 The New Zealand landscape can be both a good and a bad thing for sports people and adventurers, a kind of double-edged sword.

On the one hand, it offers perfect terrain for riding or racing dirt bikes, but on the other hand it can mean lots of tiresome travelling if the main competition is a ferry trip away in the other island.

One man who is battling this twin tyranny of travel and topography as much as he is fighting against the elite of his chosen sport is Nelson’s Bailey Basalaj.

This season’s New Zealand Cross-country Championships are being staged entirely in the North Island and that great mass of water known as Cook Strait is something of a vast moat that will keep away all but the most dedicated and adventurous of conquerors.

Basalaj is one such would-be conqueror, along with brother Flynn Basalaj and also this season fellow intrepid South Island racers Ben Dando (from Rangiora) and Greymouth pair Emma Wilson and Molly Williams. 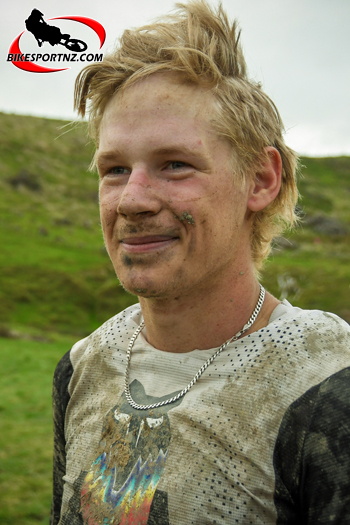 Basalaj missed round one of the series near Marton in February, but he travelled north with a small crew of family/supporters to tackle the second and third rounds in the series over the long Easter Weekend – round two near Pahiatua/Masterton and round three near Dannevirke.

Basalaj was the best-performed of the small South Island bunch, finishing 10th overall in the senior grade at round two and eighth at round three two days later.

“I’ve been riding since I was four years old,” said 18-year-old builder.

“Then I started getting more into it when I was about 16. We love making the trips to the North Island. The tracks are so different here and the atmosphere is great because there are so many more people to battle with.

“I do pretty well with racing in the South Island, but there’s not as much strong competition. Coming up here (to the North Island) is just so much better and 100 percent it’s made me a better rider.

“I couldn’t get a ferry trip to do the first round (because of issues around the COVID-19 pandemic), but I’ll be back to do the whole series next year if I can.”

The fourth and final round is to be held in Central Hawke’s Bay on May 15 and, if the South Island contingent choose to board the inter-island ferry to travel up the country once again, we do wish them all the best. They deserve it. 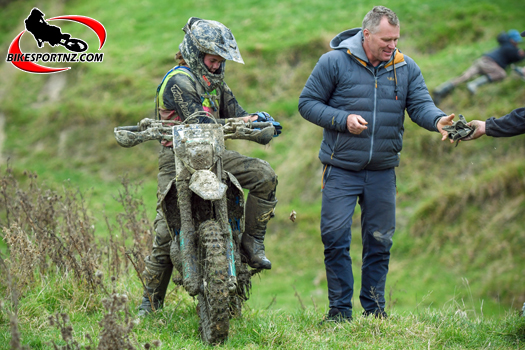 Greymouth’s Molly Williams gets a little help from her dad as she switches from wet and muddy gloves to clean and dry ones at Dannevirke on Easter Monday. Photo by Andy McGechan, BikesportNZ.com