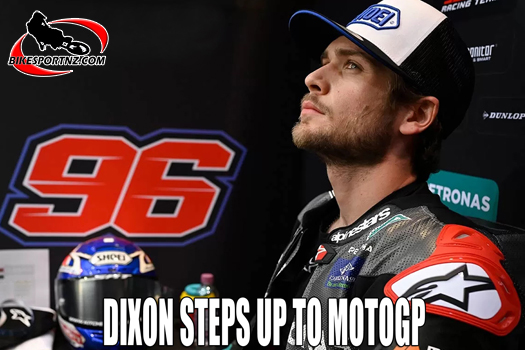 Britain’s Jake Dixon will make his MotoGP category debut at next weekend’s British Grand Prix, as a stand-in for the recovering Franco Morbidelli.

Dixon will jump aboard the the Petronas Yamaha Sepang Racing Team’s YZR-M1 used most recently at the past two Grands Prix by Cal Crutchlow for the his home GP on August 27-29,  whilst Morbidelli continues his recovery from knee surgery undertaken in June.

“It’s been a lifelong goal to make it into the MotoGP class,” said young British rider Dixon.

“So to get the opportunity to do it for one GP this year, on the bike that I always wanted to – the Yamaha YZR-M1 – and to do it at home is something really special. It is going to be very difficult but I’m looking forward to jumping on the big bike, even though it’s different, and it’s very exciting!

“I haven’t been able to sleep because I’ve just been thinking about it. It’s a dream come true. I’m going to give my all to do the best I can for the team and I want to say a massive thank you to them for this opportunity. Also to Yamaha for believing in me as well.

“I don’t have any targets, I’m just aiming to enjoy it and gather all the experience I can. I just want to wish Franco a speedy recovery and that we can see him back at the track soon.”

Petronas Sprinta Racing will shortly announce the Silverstone replacement for Dixon, alongside Xavi Vierge in the Moto2 category.