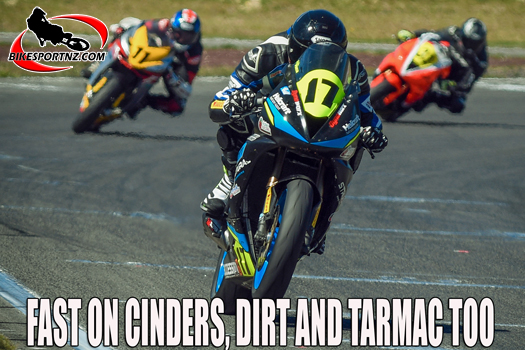 With very little experience racing bikes on tarmac, although plenty of time under his belt as a speedway and motocross rider, Canterbury’s Dale Finch was perhaps an unlikely road-race champion in 2021.

But that’s exactly what he became, the virtual road-race rookie stunning the established stars in the 2021 New Zealand Superbike Championships when he captured the coveted Supersport 600 title at the final round of the series at Taupo’s Bruce McLaren Motorsport Park in March.

Yesterday he chatted with BikesportNZ.com about the early phases of his career, racing and winning on the country’s speedway tracks, and today he gives us an insight into his fledgling but championship-winning road-racing career.

“I gave up speedway and started racing motocross again and finished up with the podium placings in the local events. With the birth of my eldest son Carter, it was simply too hard for us to go out to motocross as a family. That involved 5am starts in the middle of nowhere with frozen winter mornings and mud.

“My dad suggested that I have a go on the road circuit as it was only 10 minutes from my house, meaning my partner Ali and Carter could come out later to support me and she wouldn’t have to deal with the mud. 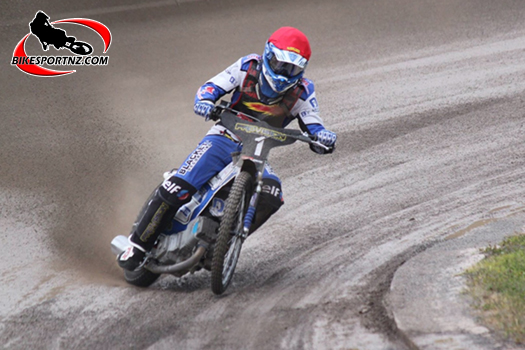 Christchurch’s Dale Finch, the New Zealand Supersport 600 road-racing champion for 2021, but also a former champion in the speedway world. Photo by Ken Fox.

“It didn’t take long for this to change from a hobby to something I wanted to be the best at in New Zealand. Jayden Scott was also a local racer who’d seen potential in me.

He helped me race at all the local events and even put my name forward to Rod Price, who runs the Helicraft MV Augusta 675 team, and he took me on board.

“I started racing at national level and had some top-five placings in my rookie season.

“The second season on the MV Augusta, the bike had some mechanical issues at round three of five. They decided to pull the pin for the remainder of the season.

“Jayden offered to help me to race my own bike which was now a 2013 Daytona 675 for the final two rounds. This meant I was on my own, in a van with a bike and travelling to the North Island.

“To be honest it was a disaster. On my own, with little experience at setting up a road race bike and trying to compete against factory teams. With mechanical issues and crashes, I finished only two of six races.

“To both Jayden and I, it was all just a learning curve. With all the bad luck we were still positive and took away that I qualified on the front row for both rounds so we knew I had the pace and ability needed and we just had to put everything together.

“I carried forward a lot of skills from speedway. Mainly naturally letting the bike move and slide underneath me without me tensing up. But it also taught me bad habits, like making split decisions instantly and trying to win the race in the first lap. A speedway race goes for one minute and road race can go for 25 minutes.

“When I was in the north island on my own I became good friends with Ashton Hughes who was also on a privateer triumph. Even though we were competing against each other, he took me under his wing, teaching me his extensive experience with road racing and triumphs.

“Jayden and I decided that we would put together our own national-level race team which is now the well-known Scott Structural Road Racing team and we knew, if we wanted to win, we needed Ashton on the team also. 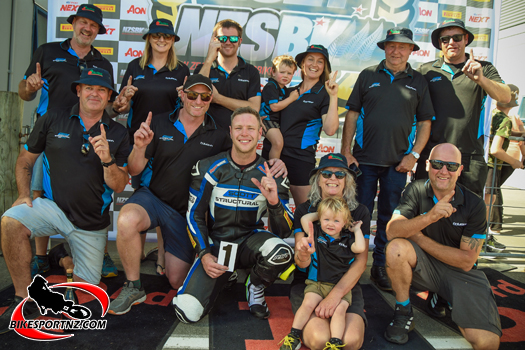 Christchurch’s Dale Finch, the New Zealand Supersport 600 road-racing champion for 2021, with his family and supporters, celebrating his title win at Taupo in March. Photo by Andy McGechan, BikesportNZ.com

“So, over the winter, Jayden went to work building a team and getting sponsors on board, while I went to the track with my brother setting up my bike, building race craft and battling with local legends like Dennis Charlett and Jake Lewis on smaller, cheaper-to-run bikes.

“The 2020 national race series gave us more hope of becoming national champions, but unfortunately wasn’t to be that year.

“My bike had burst a radiator hose at Ruapuna during the Friday practice at round one, causing the motor to overheat and damaged the head. This put us on the back foot for the series from the start but we did have the pace.

“Between us, me and Ashton achieved nine podium finishes, with me coming third overall in the championship. Not a bad effort considering we had three DNFs.

“Going into the 2021 season, the winter months were spent training before work on my mountain bike then evenings at yoga. I had a fresh motor built by Ashton and the plan was to try not putting many race kilometres on it and save it for the nationals.

“As soon as the summer hit, we got onto the race bike testing at Ruapuna. Unfortunately for Ashton, he suffered from a crash badly breaking his elbow which would put him out for the rest of the year. Fortunately for me, I then had a top mechanic in my pits focussing on me and my bike.

“The first two rounds for me was a clean sweep winning six races from six starts, with some races being won by more than a five-second margin.

“Round three at Hampton Downs was cancelled due to the COVID-19 pandemic lockdown. I went into the final round at Taupo with a 32-point lead. All I needed to do was finish races. I again qualified pole position and finished the round 2-3-2 in my three races.

“I had great pace at this track and potential to win was there, but the aim was to stay on the bike and bring home the championship for me and the team.

“Blue and black supporters’ jerseys were worn by the majority at every round and everybody had done their but to contribute to the championship win. It was the most rewarding feeling to have everybody celebrating with me, as if they had won it themselves.”