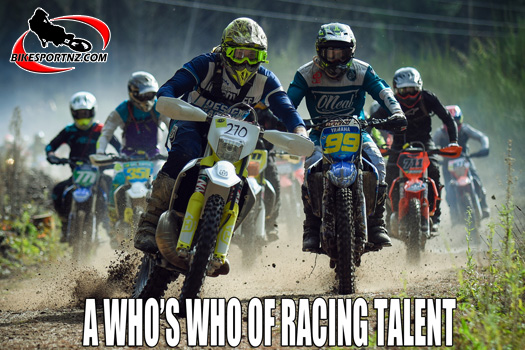 The 2020 Dirt Guide cross-country series opener at Ohakuri, halfway between Taupo and Tokoroa, delivered everything that it promised on Saturday.

Entries were huge for perhaps two main reasons: Firstly, because this was one of the first major dirt bike events happening after the country had been in lock-down due to the Coronavirus COVID-19 pandemic and, secondly, this was a typical Sean Clarke-organised event, with the track perfectly marked and offering something exciting for all levels of ability. 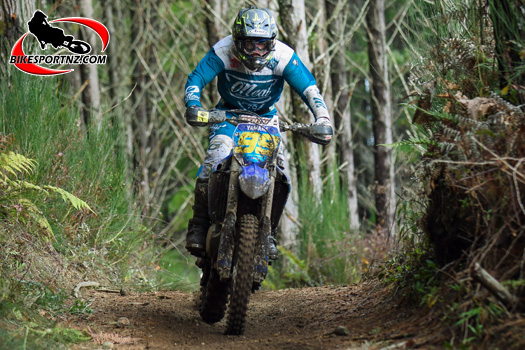 The senior race really did feature a Who’s Who of Kiwi dirt biking talent, with current and former national champions and even internationally-respected riders in the starting line-up.

The 42-year-old Whibley, a two-time former Grand National Cross-country Champion in the United States, seemed to have his work cut out early on as Reardon shot out to an impressive lead, leaving Whibley to battle back and forth between second and third with former national extreme enduro champion Yearbury.

“I got a good start,” said Whibley. “Dylan took the holeshot and set a blistering pace. I went down halfway through the lap and Seth passed me.

“I thought those two were well gone but, late in the race, I caught Dylan and we both passed Seth. Later we learned that Seth had crashed and damaged his bike.

“On the last lap I was right behind Dylan. We pushed hard and swapped the lead a few times over the last lap until I made it stick and pulled a little gap by the flag. I was stoked to take the win. The track was really good.” 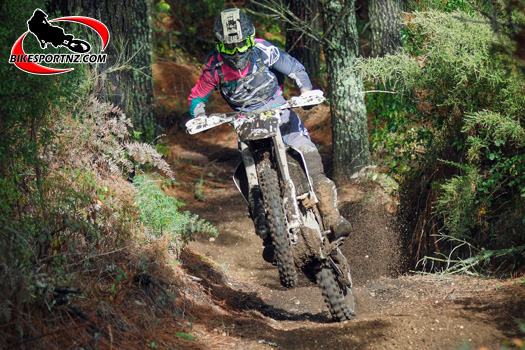 Whitianga’s Blake Wilkins, who finished 11th overall in the talent-laden senior grade race on Saturday. A total of 142 riders lined up for the two-hour senior race and there were 77 riders on the line for the 90-minute junior race on Saturday. Photo by Andy McGechan, BikesportNZ.com

The next round of the series is set for the same venue at Ohakuri on Saturday, July 18, with the final round, also at Ohakuri, on Saturday, August 15.

For each of these events, a trail ride will be held at the same venue the following day (Sunday).