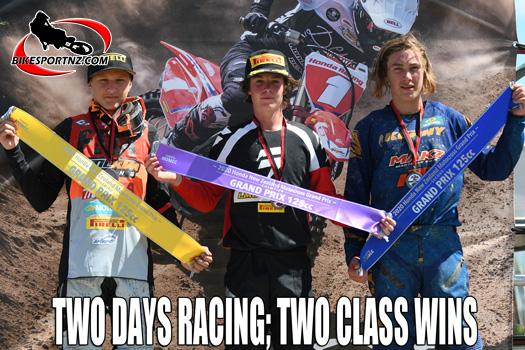 If there was a special prize for the rider with the most wins in one weekend, it would probably have to go to Tauranga’s Brodie Connolly.

The 16-year-old was simply unstoppable at the weekend’s 59th annual New Zealand Motocross Grand Prix at Woodville, unbeaten in every race he started.

At an age in his racing career when it is permissible to “float” up and down between the junior and senior grades, the Husqvarna rider has grasped at any opportunity to ride, and so he was able to line up in the junior 15-16 years’ 125cc class at Woodville on Saturday and then back that up with entry in the senior 125cc class the following day as well.

Connolly took his 2020-model Husqvarna TC125 to win all three junior 15-16 years’ 125cc races on Saturday and then completed a hat-trick of wins also in the senior 125cc class on Sunday. 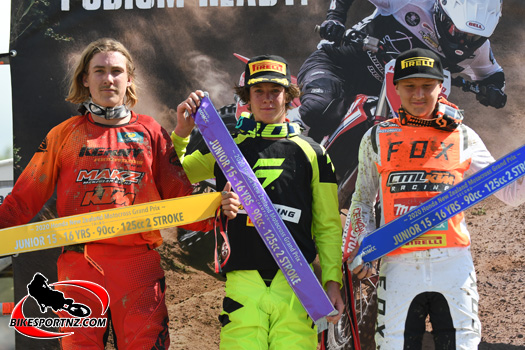 The popular two-day event on farmland east of the Manawatu Gorge was a perfect chance for Connolly to put in plenty of hot laps as he builds towards his second crack at winning the national senior 125cc crown –  the four-round senior New Zealand Motocross Championships due to kick off at Balclutha this coming Saturday.

His success at Woodville also included him winning the coveted Roddy Shirriffs Memorial trophy, as the highest placed rider in the 125cc class aged under 22 years and, with Connolly aged just 16, he will have a few more opportunities to win that honour again in seasons to come.

Now on his way down to the nationals series opener at the bottom of the South Island, Connolly hopes for redemption after last year’s first-time bid for the senior 125cc title was shattered by injury.

He was sidelined for six months in 2019 with a broken knee bone, but is now back to 100 percent and the clear favourite to win the 125cc races at Balclutha on Saturday.

It is interesting to note that the man who won both the 125cc and 250cc titles at last year’s senior nationals, Auckland’s Hamish Harwood (KTM), has now stepped up to concentrate solely on winning the MX1 title, and so that’s at least one major obstacle removed from Connolly’s pathway to the top of the 125cc class this year. 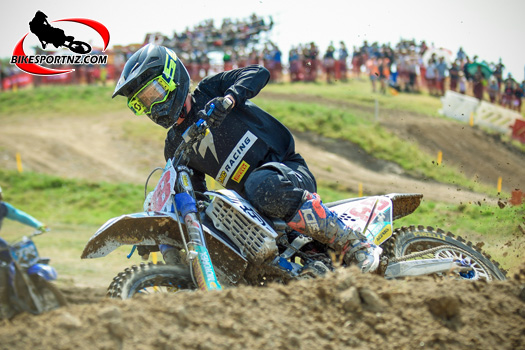 After Saturday’s opening round of the nationals, the competition heads to Rotorua for round two on February 23. Round three is set for Hawke’s Bay on March 1, with the fourth and final round in Taupo on March 15.