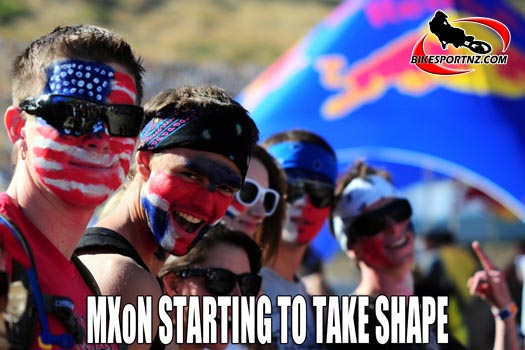 Team Belgium, Team Switzerland and Team France have been named for the upcoming Motocross of Nations at Assen, in The Netherlands, and a little crystal ball-gazing has started with some of the other potential line-ups.

The French are five-time consecutive MXoN winners and the reigning MXoN champions.

Although it’s a new-look squad, the 2019 edition of Team France should at least one of the favoured teams this time around too.

But nobody should look past the host Dutch squad – not yet named but most likely to be Glenn Coldenhoff and Jeffery Herlings, with possibly either Brian Bogers or Calvin Vlaanderen for the third spot.

Team USA’s line-up is expected to be announced at the Unadilla AMA National round this weekend.

Kawasaki US is apparently not interested in going to the event, probably therefore ruling Eli Tomac out of the US line-up.

A pity really, seeing as small population countries such as New Zealand never rely on huge backing from the factories or teams, running fundraiser events and selling raffle tickets to help fund their amateur racers, all of whom are only too proud to be selected for their country and mostly pay their own way to travel (more often than not) the furthest of any of the riders.

Speaking of New Zealand, all three of last year’s team – Cody Cooper, Hamish Harwood and Rhys Carter – are unavailable, either because of injury or for personal reasons, and so the Kiwis are scratching around to see who next might be suitable.

Could it be Kayne Lamont, Wyatt Chase, Dylan Walsh or Josiah Natzke who get the nod? We’ll have to wait and see.

Team USA is expected to be announced at the Unadilla AMA National round this weekend.

Meanwhile, we learned a week ago that Switzerland has chosen Jeremy Seewer, Arnaud Tonus and Valentin Guillod.

For teenager Geerts, it will be his second time representing his country at the MXoN.

The 19-year-old – who has been on the GP-podium already five times this season – made his debut at the MXoN last year at Red Bud. The Belgians finished sixth on American soil last year and they last won the MXoN when it was held in Germany in 2013, before the French went on their five-year winning run, from 2014 to 2018 inclusive.