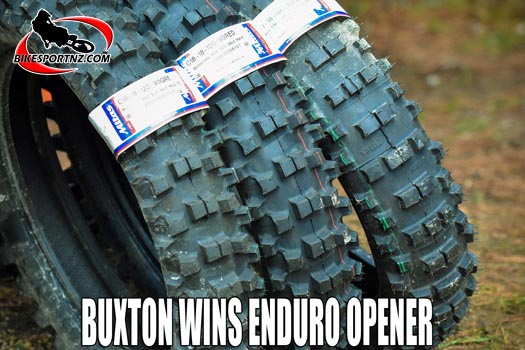 It seems that history does repeat for Helensville dirt bike ace Tom Buxton.

The 2019 Yamaha-sponsored New Zealand Enduro Championships kicked off in the Thames-Coromandel District at the weekend with Buxton shining out among the talent-packed field on the premier AA course.

The 20-year-old won the corresponding opening round of the enduro nationals at this venue last season too and his victory at Whangamata on Saturday had all the same hallmarks of that, Buxton this time crossing the finish line a solid 28 seconds ahead of runner-up rider Dylan Yearbury, of Cambridge. 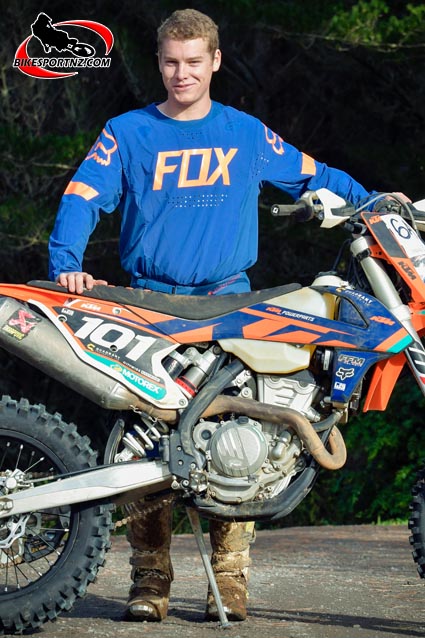 Helensville’s Tom Buxton (KTM 350EXC-F), top man at the opening round of the New Zealand Enduro Championships near Whangamata on Saturday. Photo by Andy McGechan, BikesportNZ.com

It was another impressive performance from Buxton, the young man in only his fifth season in the top grade of competition, but it’s early days for the series and still anybody’s guess as to who might win the title this year, with six more rounds still to be run.

One thing probably is certain though, there will be a different national enduro champion this season with last year’s eventual outright winner, Taupo’s Brad Groombridge, currently sidelined with injury and therefore a non-starter on Saturday.

However, there are still plenty of highly-skilled individuals capable of winning the crown in 2019.

It’s interesting to note that Buxton’s dad, John Buxton, finished sixth overall in the A Grade on Saturday, the sport obviously a real family affair for them.

“It was a fantastic day of racing and was very well run by the Thames Valley Motorcycle Club,” said Motorcycling New Zealand enduro commissioner Justin Stevenson.

“It was great to see top championship riders from the past, men such as Jason Davis, Chris Birch and Elliot Kent, in action again. The conditions for riding were perfect and this event has a great reputation, probably contributing to their decision to show up.”

The Yamaha and Mitas tyres-sponsored series will head down to the Kapiti Coast for round two on April 6.