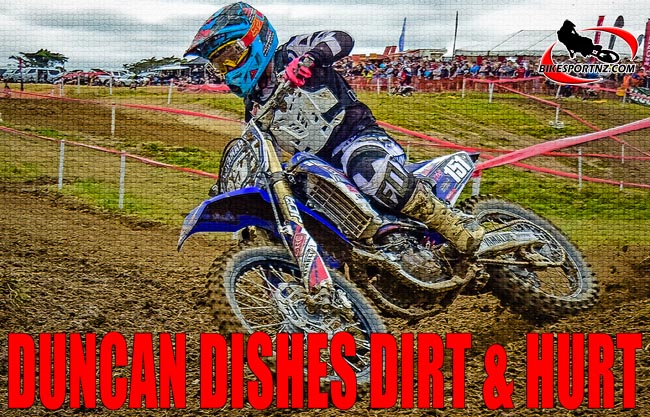 New Zealand’s Courtney Duncan is ready, willing and extremely capable of standing on top of the podium in Europe.

The Altherm JCR Yamaha Racing Team rider had more practice at doing just that when she again stunned the Kiwi motocross community by whipping both the cream of the women and elite of the men at the weekend’s 55th running of the New Zealand Motocross Grand Prix at Woodville.

It was one of her final warm-up races before she flies out to tackle the opening round of the Women’s World Motocross Championships in Qatar on February 27-28 and her two class wins at New Zealand’s biggest stand-alone motocross was certainly compelling evidence that she’ll be a contender.

The just-turned 20-year-old was dwarfed on the MX2 (250cc) podium by two fellow Kiwi internationals, Hamilton’s Josiah Natzke and Takaka’s Hamish Harwood, but there was nothing pint-sized about her achievements at the weekend.

She lapped most of the field in each of her three women’s class races – winning the day ahead of fellow Yamaha rider Jessie Waterhouse, from Tauranga – and, with barely time enough to refuel her Yamaha YZ250F and replace the air filter, and with rivulets of perspiration still rolling down her face, she was back on the start line to tackle the MX2 men.

Natzke was European 125cc No.2 and New Zealand 125cc champion last season, while former Australian under-19 champion Harwood was national MX2 No.2 last year, but they were both humbled by the young woman from Palmerston, near Dunedin.

“The day went really well,” she said, in classic understatement. “I had three reasonably good starts (in the MX2 class) and then just set about riding my own race. Everyone is fast in this class, but I just wanted to focus on my own riding.

“My fitness has definitely improved over the past few weeks and working with (Altherm JCR Yamaha Racing Team boss) Josh Coppins has given me a great boost.”

As for Coppins, he was naturally delighted with the weekend, with Australian visitor Dean Ferris, making his debut at Woodville, also impressive in taking his YZ450F to win the Woodville title crown outright.

“It was a great day for us, but we’re always looking to improve,” he said.

“Courtney (Duncan) was outstanding of course. Kayne (Lamont) had a stomach bug all week, but came through to win the final MX2 moto and Ethan (Martens) was also impressive in riding the Yamaha YZ250 two-stroke to fifth place overall in that class.

“Dean (Ferris) did just what I expected him to do. He’s a world class rider.” 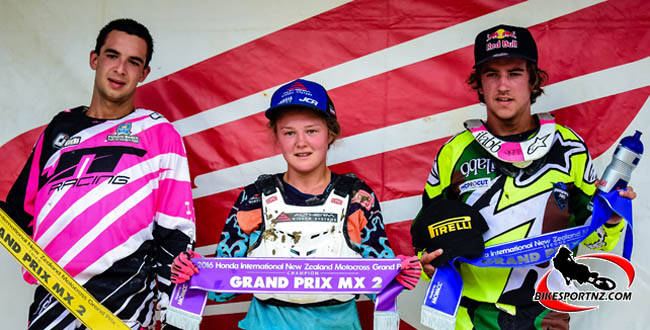