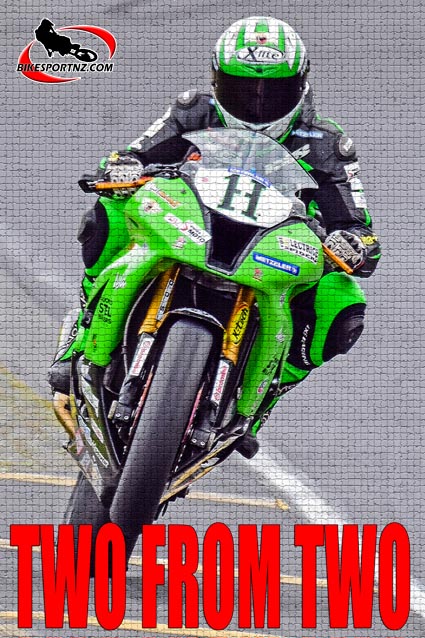 He won on debut in New Zealand last season and now Kawasaki ace Horst Saiger, from Liechtenstein, is set to sizzle for a second summer Downunder.

The 44-year-old Saiger put his 1000cc Kawasaki ZXR-10R in pole position at the opening round of the annual Suzuki Series at Hampton Downs at the weekend, setting the fastest time in qualifying despite suffering a mishap when he slid off the bike during one of Saturday’s early sessions on the undulating track.

The Red Devil Racing Kawasaki rider recovered from that minor setback to then go out and win both his Formula One races on Sunday, setting himself up to successfully defend the crown he won on debut in New Zealand last summer.

The three-round series heads to Manfeild, on the outskirts of Feilding, for the second phase this weekend and then wraps up on the public streets of Whanganui on Boxing Day, at the traditional Cemetery Circuit event. 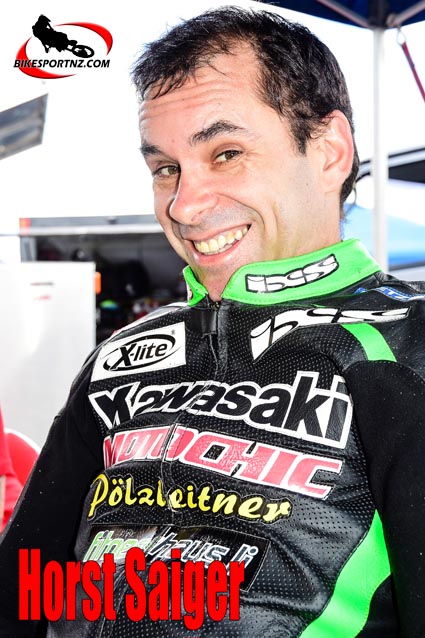 “The racing was really close. I think the other riders are getting faster and faster. I think maybe I was going faster myself last year, but my pace was good on Sunday,” said Saiger.

“I only missed out on getting the lap record by two-tenths of a second.

“Everything went to plan.”

And while Saiger was enjoying his winning run in the F1 class, his Red Devil Racing Kawasaki team-mate from Switzerland, Roman Stamm, was also setting the track alight in the Formula Two 600cc Supers class.

“It is great that the Red Devil Racing Kawasaki team is on top of both the main classes, but fresh cards get dealt up every time we race, so there is still work to do. Our start to the season couldn’t have been much better though,” said Saiger. 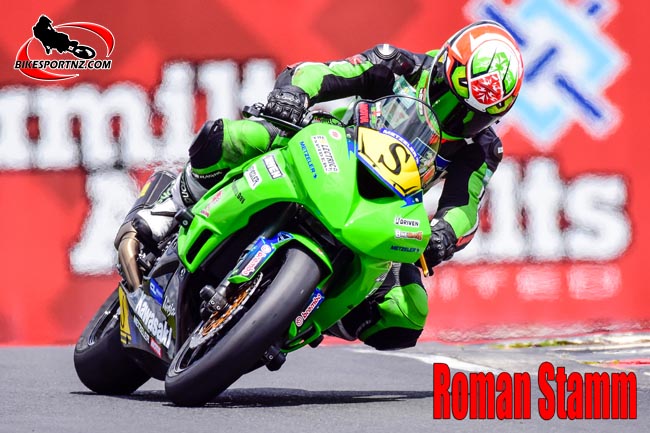 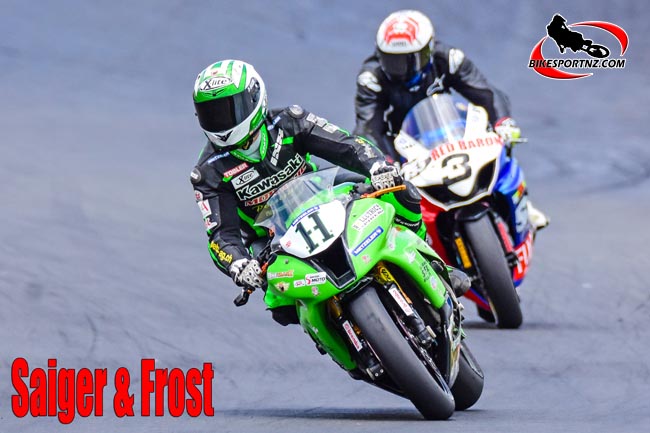