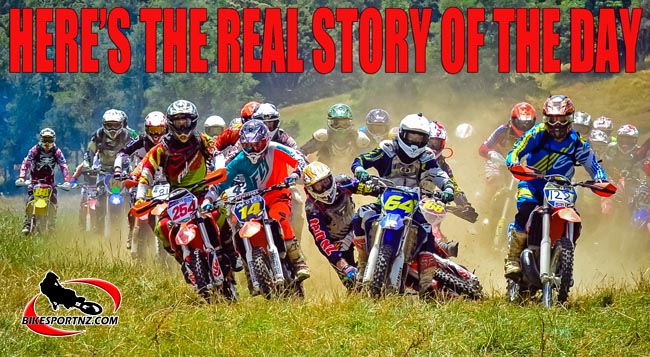 We all know by now that Raglan’s Jason Dickey won the second round of three in the Bel Ray Cross-Country Series on Sunday and that Hamilton’s Andrew Charleston finished runner-up and now leads the points chase, but what few people will know is the “story within the story” of the day’s action just west of Huntly.

Perhaps a hundred tales could be told from any motorcycle event held anywhere in the world and, naturally enough, it’s the news of the winners or progress of the sport’s “stars” that generally command the most media attention. 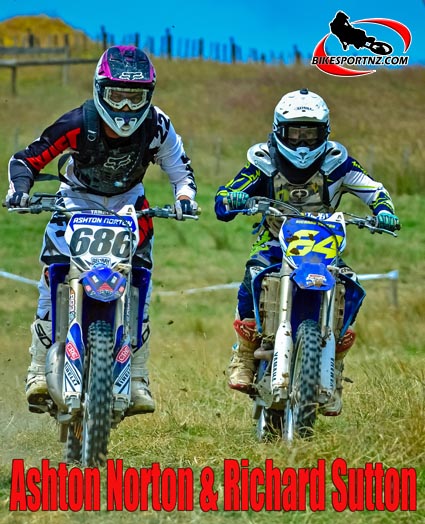 But BikesportNZ.com was on hand to see a story developing on Sunday that really just begged to be told … the battle through the pack of unlucky rider Richard Sutton (and that of the even more unfortunate Kevin Archer).

Watch the video below and you’ll see what happened as more than 100 riders and their bikes charged through turn one. The bikes of Sutton and Archer became snagged and, while that was the end of the day for Archer, it was just the beginning of a tough one for Sutton.

He untangled himself and set away dead last and, remarkably, by the end of lap one he was up to 37th place.

By the end of the two-hour race, four laps later, he was up to 22nd.

We don’t normally write about competitors who finish 22nd, but today we have. Well done Richard.