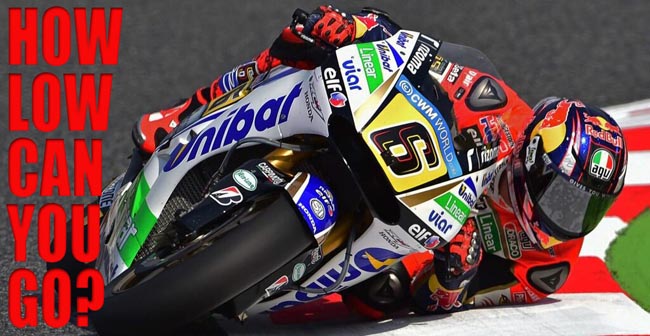 Spain’s defending MotoGP world champion Marc Marquez made it seven wins from seven starts as he further extended his lead in this year’s world championships at Catalunya, in Spain, at the weekend.

While the Repsol Honda rider was obviously thrilled to stretch his win streak, he made light of the final lap near-miss that saw his team-mate Dani Pedrosa‘s chances of challenging for victory go up in smoke.

Pedrosa was attempting to find a way through as the pair disputed the lead and touched the rear of Marquez’s machine at T10, running wide and gifting the runner-up spot to Yamaha’s Valentino Rossi.

Fortunately both riders stayed upright and Marquez later played down the incident after going on to secure Honda’s 100th victory since the introduction of the four-stroke MotoGP era.

“I could feel the rear at that moment but everyone is pushing on the last lap and it’s normal that sometimes there is contact, but we were lucky and nothing happened,” said Marquez, who equalled Rossi’s run of seven straight premier class wins from 2002.

“It was unfortunate for him because he ran wide but sometimes the races are like that.”

Marquez confirmed that he had changed his line into that corner slightly: “On the last lap always you try to use tight, defensive lines to try to win the race. On that corner, on the other laps, I go in fast, then wide and come back.

“But on that lap I braked and stayed a bit more inside, stopped the bike a bit more, and then I felt the touch. It was quite close but on the last lap you know that the second rider will try to beat and overtake you. So you use the tight line.”

Marquez crossed the finish line 0.5s ahead of Rossi, meaning Catalunya wasn’t his closest win of the year, but it was surely the hardest so far.

“Today was a really, really tough race, even more than Mugello, especially in the last laps,” he said. “I was able to follow Valentino but I saw that I was on the limit and I went wide a lot because I didn’t want to take any risks with the other riders and I lost time.

“But I came back strong and on the last laps we had a really nice battle with Dani and Valentino; also Jorge was there but a little bit far, but especially with Dani it was very nice. I’m very happy to take all 25 points in my home city. It is so special to win at home, especially after the crash in qualifying.”

Marquez explained afterwards that he raised his hand after passing Rossi in the closing stages of the race because he was concerned he may have made an overtaking move under a yellow flag.

It initially seemed as though he had slowed perhaps because of falling rain, but Marquez said: “I passed Valentino at the end of the straight and that was my plan, but then I saw on the second corner that one rider was down in the gravel and I saw the yellow flag.

“I thought that maybe I passed Valentino on a yellow flag, so I said I will go wide because if you overtake on a yellow flag normally there is a penalty,” added Marquez, whose brother Alex won the Moto3 race earlier in the day as the pair became the first siblings to win a Grand Prix on the same day in the 65-year history of the world championships.

“Today I’m really happy because my brother did an incredible race; I’m also happy for the team because in Mugello they were disappointed but here he did a really good race and I’m happy for him, but I felt a little more pressure because Alex won!”

On his prospects of claiming an eighth victory at Assen in two weeks’ time, Marquez said he expects the Yamaha riders to pose a stern test.

“We will go there and try to do our best and try to fight for the victory of course, but last year the Yamaha riders were really very strong,” Marquez said.

“For Valentino and Jorge, their riding styles for that track is quite good, but we will try to set up our bike to use our strong points to fight again.”