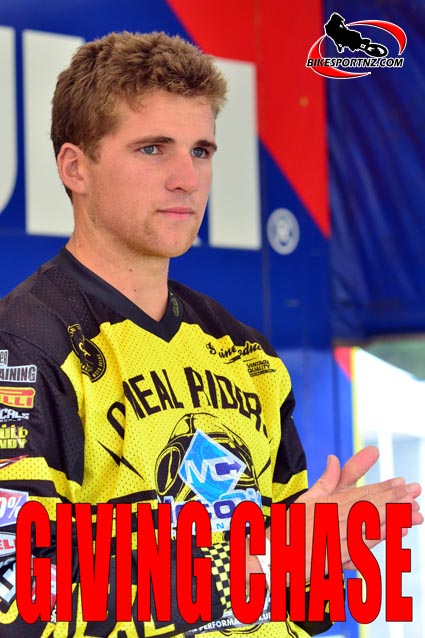 The halfway stage of the Australian Motocross Championships arrives this weekend and Kiwi riders are well placed in both the MX1 and MX2 classes.

The riders dusted off the sand from a tricky round of racing at Murray Bridge at the weekend and now they will put their gear on and roar back into action when the fifth round of 10 in the 2014 Monster Energy MX Nationals hits Wannerro, on the outskirts of Perth, this Sunday.

The MX Nationals makes its way out to the west of the continent for the second time in three years, and the WA fans are sure to turn out in their droves to witness the best that Australian motocross has to offer.

Carter has been a revelation in the premier class, consistently knocking on the door of top five finishes in what is his rookie season aboard the RM-Z450.

“All the additional bike time between rounds definitely helps and I’ve been on a harder training program during the past three weeks,” Carter explained. “I want to get stronger in the last half of the final moto, so that’s important entering the next few rounds.

“I’ve been working on my intensity on the first lap, which is what I have been lacking, so the plan is to put it all together as we learn more from week to week and build experience.

“The sandier soil coming up in the series should also be a benefit for me; more similar to what we have in New Zealand. That’s what I grew up with, so the softer the track surface is the better I feel.”

There’s an even stronger Kiwi threat in the MX2 class, with Carter’s New Zealand Motocross of Nations team-mate, fellow Bay of Plenty rider Kayne Lamont, pushing for the top spot.

Lamont (Husqvarna TC250) has won more races in the MX2 class than any other rider in the series thus far and it is just bad luck that sees him second in the standings, just 12 points behind Australian Yamaha hero Luke Clout.

Backed by Red Bull, WIL Sport and BikesportNZ.com, Lamont is determined to make up lost ground in the three MX2 races available to him this coming weekend.

Another New Zealander, Takaka’s Hamish Harwood (KTM 250), is third in the MX2 standings and he is also likely to enjoy the track conditions at Wanneroo.

After an unpredictable round four held in South Australia, the sand in Western Australia is likely to claim a few more scalps as the championship reaches its halfway point, although Carter, Lamont and Harwood are all very comfortable on the soft and constantly-shifting surface.

Both leaders in the MX1 and MX2 classes gave up some ground in the outright standings at round four, and with the WA event reverting back to the three-moto format, every point will be worth fighting for.

Young local rider Kyle Webster has been given a wildcard entry into the MX2 class in WA, following an impressive second place result in the MX Development (Under-19) class at round four.

MX1 championship standings after 4 of 10 rounds:

MX2 championship standings after 4 of 10 rounds: