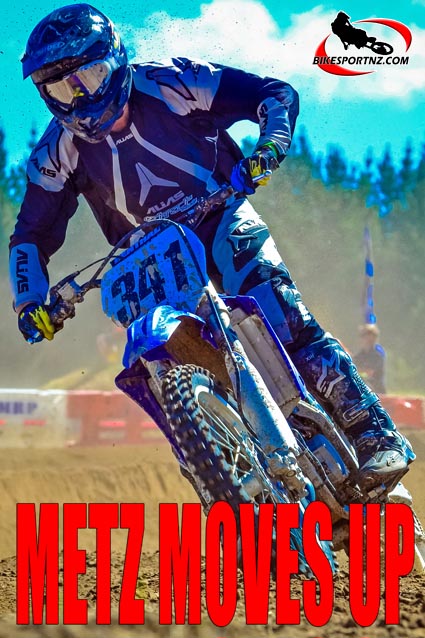 Life is looking up for Bay of Plenty’s Ryan Metz.

The unheralded Yamaha rider stunned onlookers when he zoomed onto the podium at round two of the New Zealand Motocross Championships at Tokoroa two weeks ago, his career-best achievement at this ultimate level of domestic motocross competition.

Metz, a 22-year-old engineering apprentice from Tauranga, finished 4-4-3 in his three 125cc class appearances on the volcanic sand track on the outskirts of Tokoroa, finishing the day third overall and elevating himself from 16th overall, after an opening round fraught with difficulties, to now be ranked eighth overall among the nation’s elite.

But the championship series is only at the halfway stage and he has plans to move up higher still at the third round of four at Pukekohe this Sunday.

“My result at Tokoroa was definitely the best I have ever achieved at the nationals … I’m usually getting hurt,” Metz laughed.

“I just concentrated on riding smoothly, staying comfortable on the bike and not falling off.

“It certainly made up for my terrible round one at Timaru. I got knocked unconscious at Timaru and so I had two DNFs. But I’m back up to eighth now and, if I can keep it all together, I might be able to earn a top-five ranking this season. 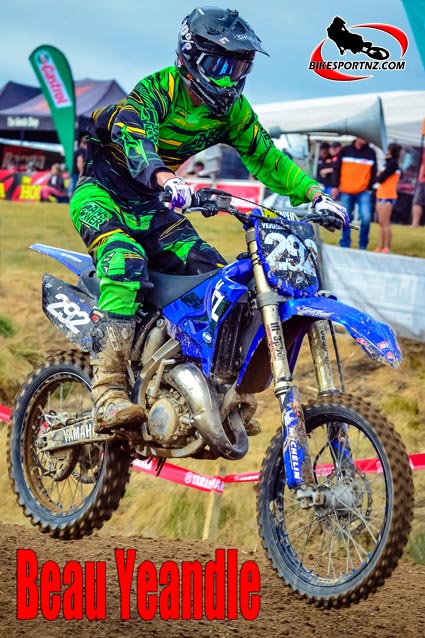 “I have not done a lot of racing because I took a couple of years off from the sport when I was 18, just so I could do teenage things for a bit. But then I started hanging out with the motocross guys and I got back into it.”

Metz trains with fellow Yamaha YZ125 riders Logan Blackburn, of Te Puke, and Beau Yeandle, of Morrinsville, and they are also running hot in the nationals at the moment, Blackburn third overall in the standings after round two, with Yeandle in fifth spot.

“I have really knuckled down to my training this season and riding with fast guys like Logan and Beau really helps too. But I’m really just a weekend warrior because I’ve got a fulltime job,” said Metz.

“I don’t have any sponsors but I want to thank my parents and the guys at Bayride Yamaha in Tauranga.”

Racing this weekend at Pukekohe kicks off at about 10am and Metz hopes that, when it all wraps up late on Sunday afternoon, he’ll be a couple of steps closer to the top.