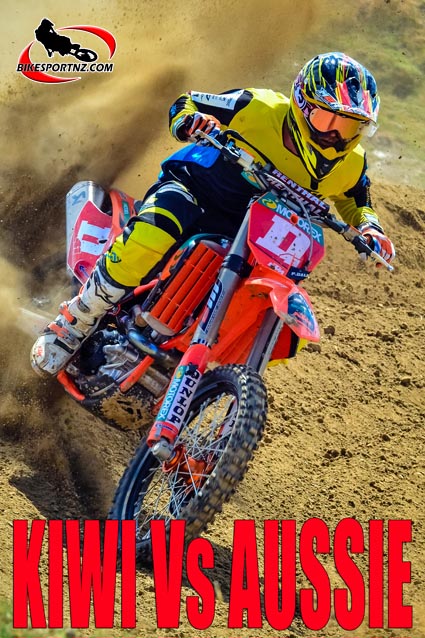 It was typically fierce Trans-Tasman rivalry in the big bike class at the weekend’s opening round of the New Zealand Motocross Championships near Timaru.

Visiting Australian KTM ace Ford Dale hounded Mount Maunganui’s MX1 class defending champion Cody Cooper (The Honda Shop CRF450) for the round one bragging rights in a day of action that could often be described as brutal.

Dale finished 2-1-3 for second overall for the day, ending up just three points behind Cooper who went 1-3-1.

MacKenzie impressed with 3-2-2 results as he stepped up the pace after his first ride of the season at the Woodville GP just a fortnight previously.

“We are really only here to warm-up for our own national series (which begins in March) but, of course, we are happy to take a win or two here while we’re at it.

“We have had incredible support from KTM in New Zealand and I’m happy we were able to give them a race win in the MX1 class and to have Ford finish second overall for the day is pretty good too.”