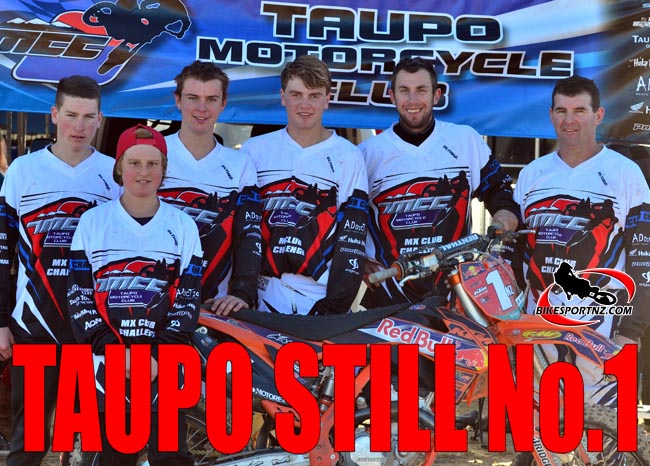 The Taupo Motorcycle Club has done it again, proven itself to be the top motocross club in New Zealand.

The Taupo Motorcycle Club’s B Team – “we’re called the B team … just because, no real reason” – repeated the victory they enjoyed at the same event last season with another solid set of performances right through the grades at the Battle of the Clubs Motocross (BoCMX) at Taupo’s Digger McEwen Motorcycle Park on Saturday.

Taupo welcomed back former home-town boy Ben Townley, who now lives in Tauranga, and that was enough to give them the edge in this fourth annual BoCMX, the event a fundraiser to help send a New Zealand squad to the “Olympic Games of motocross”, the Motocross of Nations, in Germany in September. 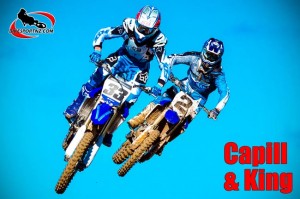 With fewest points to count – riders gaining a point for the position in which they finish, with first worth one point and 15th counting for 15, for example – the six-rider Taupo B team accumulated an impressive 51 points, 37 points better than the runners-up, the six-rider squad from the Tokoroa Motorcycle Club (88 points). The Patetonga Motorcycle club finished third overall with 99 points.

Each team was able to discard their two worst scores – one from the junior ranks and one from the seniors – so that only 10 of their 12 scores were eventually to be counted.

“I’m so rapt for the team. It has been an awesome day and another great result for us,” said Taupo B team spokesman Bevan Weal. 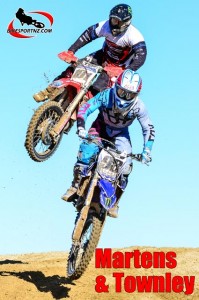 “It’s a huge honour to be selected to represent your region for an even t like the Battle of the Clubs and, from a personal point of view, I was pretty nervous last night, before the event. I wasn’t able to sleep.

“I’m pretty much the team’s lowest-rated rider and I didn’t want to let anybody down. But everybody did their job and, with Nikita Knight as our manager, everything happened that needed to.

“The club did a great job to host this event again too with a lot of work done by Grant and Vicki Townley, Murray Knight, Stu Groombridge and Bevan Bartlett, to name a few. I really hope to see this event grow and continue. It’s great to be able to support sending the New Zealand team overseas in September.”

Both Cooper and Natzke scored 1-1 results in their respective MX1 and junior 250cc outings.

Full results from the event are HERE. Thanks to Nicole at MX Timing Ltd. 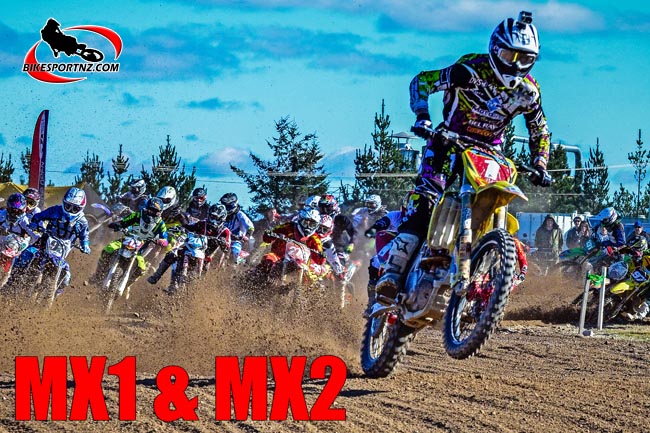