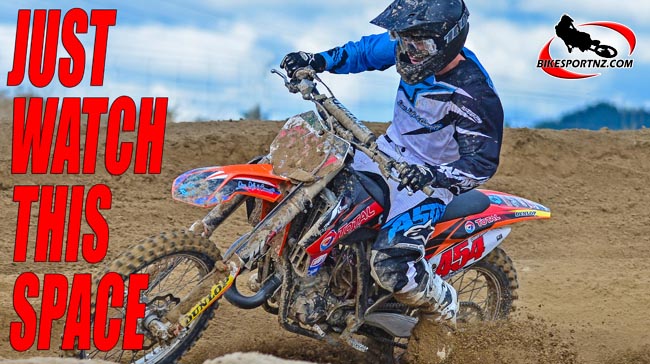 The name is Chase, Cohen Chase, and chasing the main prize is exactly what’s on his mind.

The rising motocross star from Taupo has just finished dipping his toes into top-level senior racing for the first time and now he prepares for a return to the junior ranks with the New Zealand Junior Motocross Championships just around the corner.

The 15-year-old KTM rider was eligible for the first time this year to tackle the 125cc class at the senior motocross nationals, a non age-specific competition that sets all the best 125cc riders in the country against one another.

The brutal four-round series wrapped up in Taupo’s Digger McEwen Motocross Park just over a week ago with first-timer Chase emerging with a creditable ranking of national No.4. 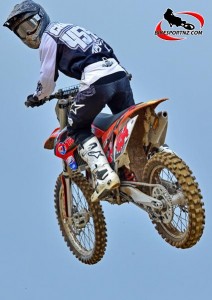 Flying under the radar in his debut senior campaign, this “stealth fighter” managed to give the older boys a bit of a shake-up and now his confidence is high as he contemplates the New Zealand Junior Motocross Championships, being held in Taranaki over three days, from April 26-28.

The year 10 pupil at Tauhara College in Taupo, Chase is confident that he can cope with tackling two classes, a mission that will require him to endure 14 races over the weekend.

“I’m feeling very fit at the moment. I train hard,” he said.

“I have stepped up my training this year and do a lot of pilates, yoga, gym work, mountainbiking and riding my KTM motocross bike. There’s no time for school work,” he laughed.

“I feel pretty happy with how I performed at the senior nationals and was pleased to finish fourth overall (just 16 points off gaining a podium position). I was too young to race against the seniors last year and this is a good result first time up.”

Although among the youngest of competitors in the senior series, Chase showed just what he could do, even without full factory support or a big budget.

His lap times during the senior nationals were typically less than 700ths of a second slower than the eventual champion, Rotorua’s Cameron Vaughan, and when his starts let him down and he found himself clogged up in traffic near the back of the field, he still managed to battle through and achieve placings among the top five or six.

“I had to take a few risks and be pretty aggressive to get through the traffic,” he admitted.

“I know it won’t be easy in the junior nationals either. There are a lot of good riders. I expect my main rivals will be Billy Frank again, Atiamuri’s Hadleigh Knight and Tauranga’s Aaron Wiltshire.”

Chase has set his ambitions high and his next assignment after racing at the junior nationals in Taranaki is to tackle the Australian Junior Motocross Championships.

“We have great support from lots of great people, but a bit more sponsorship would be good,” he smiled.