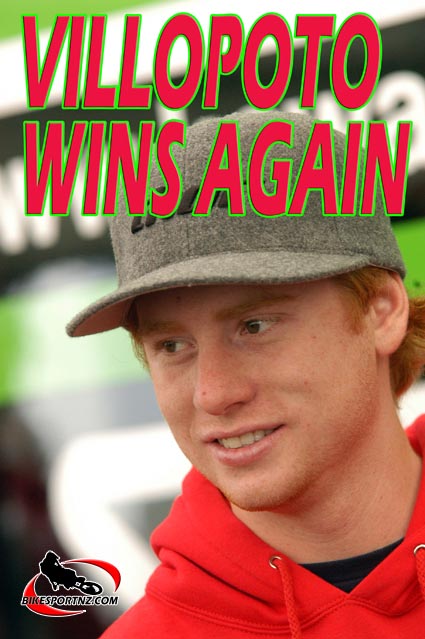 Kawasaki ace Ryan Villopoto has claimed his second consecutive AMA Supercross win as he thrilled a record crowd of more than 46,000 at round four of the United States Championship series at Oakland.

Villopoto jumped out to an early lead, snatching the holeshot.

Yamaha’s Justin Brayton and Suzuki’s Davi Millsaps followed Villopoto in second and third respectively. A huge crash in turn two collected Australian Honda rider Chad Reed, Suzuki’s James Stewart and Honda’s  Justin Barcia. Stewart and Reed re-entered the race near the back of the pack and Barcia was forced to withdraw from the race.

By lap three, Villopoto had established a seven-second lead over Millsaps, who passed Brayton for the number-two position on the same lap.

“The points race is what we are going after, and winning the holeshot gives you a great advantage,” said Villopoto. “We made some changes to the bike today that I think really helped us out there tonight, so hats off to my team. It is a long season, and we are going to keep plugging away.”

Tomac crashed on Lap 1 and re-entered the race in 18th place. On lap five, Tomac crashed again in the whoops section and was unable to finish the race. Tomac came into night’s race undefeated and had a nine-point lead in season point standings. He now sits third overall, 15 points out of the lead.

Roczen stalked Seely until Lap 11 when he made the pass for the lead. Seely finished second and Jason Anderson finished third. Roczen has an 11-point lead in season point standings over Seely.

“I am so happy with this win tonight,” said Roczen. “There was a lot of bar banging on that opening lap, but I charged hard and got out front. I am excited to bring this momentum back to Angel Stadium next weekend.”