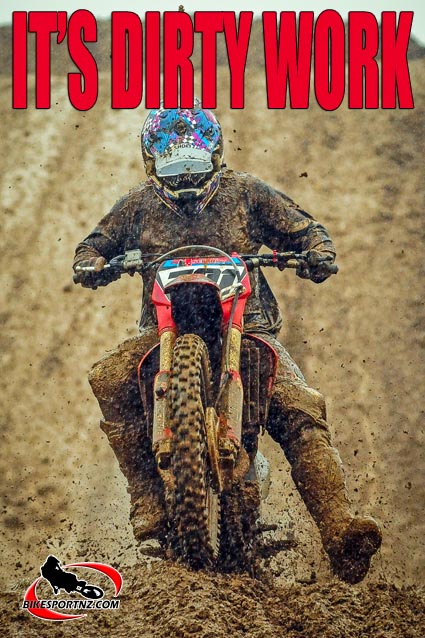 Bay of Plenty’s Brad Groombridge was crowned motocross royalty on Sunday, although rather he was the “king of chaos” than the “King of the Mountain” for which the Taranaki event’s main trophy is named.

The 22-year-old Honda ace from Taupo finished the day unbeaten at the annual King of the Mountain Motocross at New Plymouth’s Barrett Road Motorcycle Park on Sunday, ruling the day but really proving himself more a “magician of mud” than anything particularly majestic.

There was certainly nothing regal about his appearance after winning the MX1 category and also claiming the King of the Mountain feature race, the racing almost a lottery as persistent drizzle throughout the day turned the hillside track into a slippery and treacherous quagmire.

But he still had to deal with the terrible conditions and he certainly mastered them better than anyone else, winning the MX1 (open class) race ahead of Palmerston North’s Tom Hughes (KTM) and Taranaki’s Larry Blair (KTM) and winning the all-in King of the Mountain feature race ahead of MX2 (250cc) class winner Kieran Scheele (Honda), from Elsthorpe in Central Hawke’s Bay, Inglewood’s Josh Holmes and New Plymouth pair Mitch Rowe and Nikolaus Joyce.

“It was really all about getting a good start, staying upright and keeping the goggles clean,” said Groombridge afterwards. 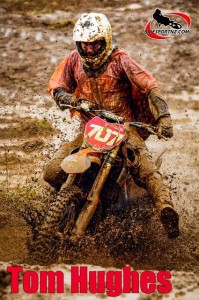 “I couldn’t push too hard in these conditions or you’d end up making mistakes,” the former Motocross of Nations New Zealand team rider said.

“I did make one mistake, stalling the bike at the bottom of the big downhill. I could see Kieran (Scheele) coming and I only got the bike going again just as he arrived at the bottom too. I think I sprayed him with mud and that would have ruined his visibility for a bit.

“I went hard then to make sure I didn’t let him past me. I didn’t want him to fill my goggles in with mud. The track was tough today but I got there in the end.”

Scheele, just back from his second season of racing in England, said it was his experience racing the British Motocross Championships and from the two GP events that he rode in Europe – at Lierop in the Netherlands and Teutschenthal in Germany – that gave him extra strength.

“By racing against the GP riders in England and other parts of Europe, I have learned so much. I would only be mid-pack in the races over there but, hopefully, I can be among the leaders here in New Zealand.

“Today was all about not falling off the bike. I was caked in mud from following Brad and was riding blind for a lot of the time.” 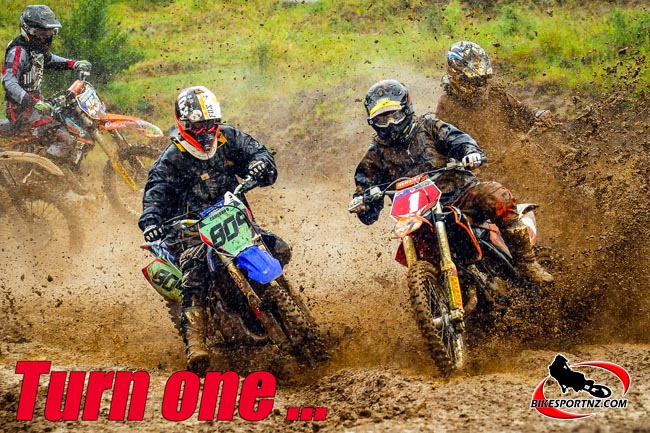 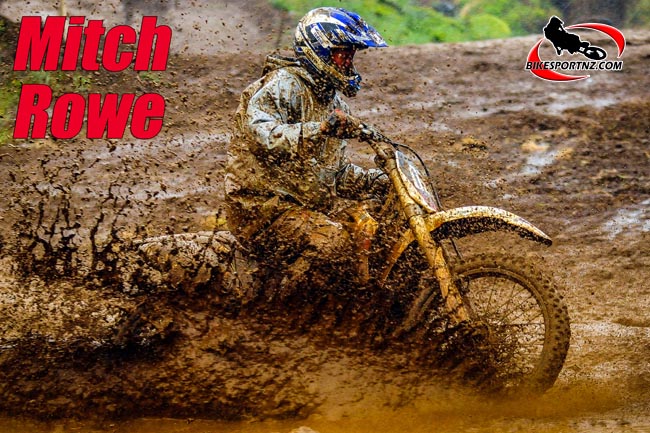