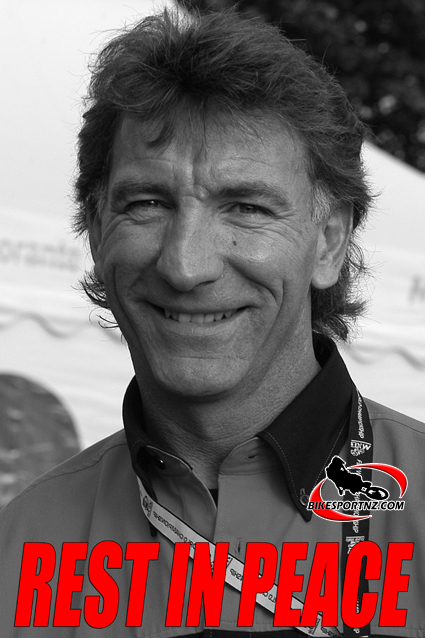 The motocross world is in mourning after learning that legendary racer from the 1980s, Belgian Georges Jobe, has passed away at the age of 51 after a battle with cancer.

Jobe’s 1987 500cc championship was notable as he won riding a “privateer” Honda CR500. Most of his rivals were on the official “factory” teams of Honda, Kawasaki or KTM.

He was unsuccessful, with countryman Eric Geboers achieving the feat by winning the 500cc World championship in that same year (Geboers having previously won world 125 and 250cc titles). Jobe was a member of the victorious Belgian team at the 1980 Motocross des Nations.

Jobe is famous for an incident that occurred during the 1984 British 500cc Motocross Grand Prix, held at Hawkstone Park, Shropshire, England. In 1984, the Hawkstone Park circuit included a large “double jump” (before they were customary on top motocross circuits).

Few riders had the courage to attempt to clear the jump during practice, let alone during the actual race. However, during the second race of the Grand Prix, Jobe passed rival André Malherbe by clearing the double jump, physically jumping over his rival in the process. 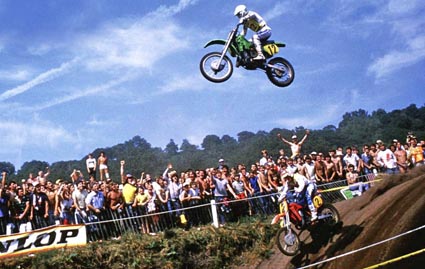 Photographer Nick Haskell captured the moment, and the image of Jobé flying over Malherbe, with the crowd cheering on is often seen by some as one of motocross’s most iconic images (pictured here).

In 2007, Jobe was paralysed while training young riders in Dubai. After four years of intense rehabilitation, he has recovered his strength and was able to walk and ride his bicycle. However, in 2011 he was diagnosed with leukemia. He lost the battle against his illness on December 19, 2012.