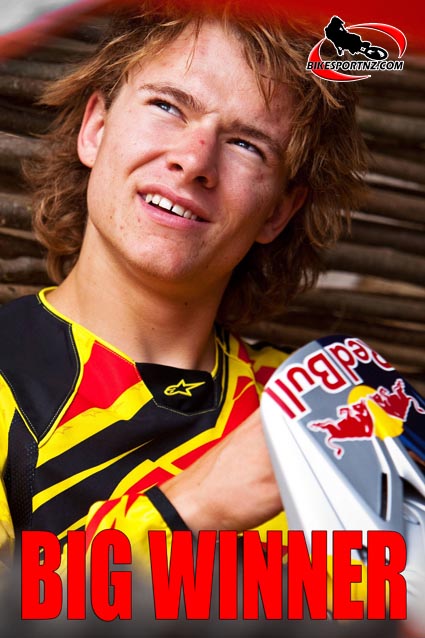 The 21-year-old has banked a million dollars after becoming the youngest-ever overall winner of the Red Bull X-Fighter world tour.

Known as the “Rubberman”, Sherwood is a freestyle rider who took out the final round of the competition at Cockatoo Island in Sydney.

Sherwood went into the final deadlocked on points with Frenchman Thomas Pages, although he claimed first place in qualifying.

Pages blew his chances when he fell on landing one of his jumps early in the final.

That left Sherwood needing little more than a clean ride to snare the title, which he provided, winning in all five categories – variety, execution, style, course and energy.

Sherwood’s first run was the one that impressed judges most. He was awarded 87.40 points for his efforts against closest competitor Japan’s Eigo Sato on 84.50. 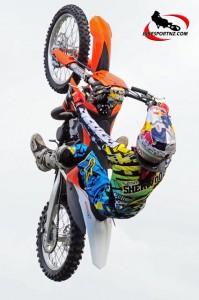 Sherwood said winning the seven-month long series would take a while to sink in.

“It’s been a long series and there have been ups and downs along the way.”

The world champion said his goal for the competition was to stay in one piece after shattering bones and damaging his liver, lungs and kidneys on other tours.

“It’s really hard to stay in one piece all season, so I’ve glad I’ve done that.”

Sherwood lodged wins in three of the six events this year, including the Dubai event in April and the Madrid leg in July.