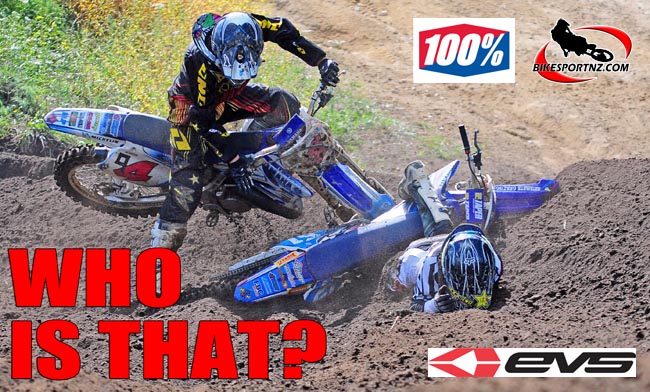 The winner of our last quiz was Dunedin’s Alan Tocher, who was the first to correctly identify the riders in the two photos.

Mr Tocher has won in the past too, so, from here onwards, we’ll offer the prize to contestants who have not already won in the past, just to spread it around.

This photo shows a couple of young riders crashing at the Rotorua circuit during the motocross nationals in 2011. Who are they?

Who is it and where is he? 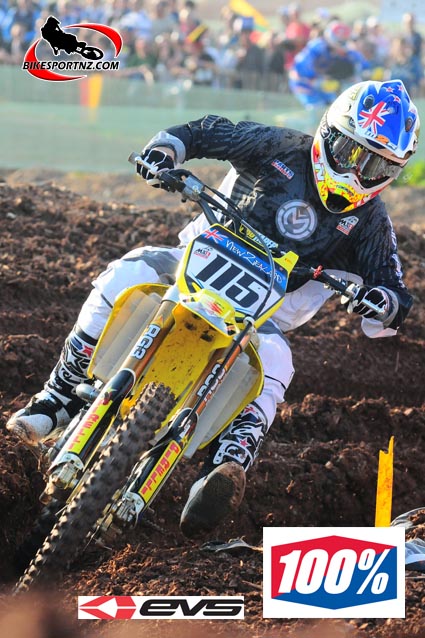 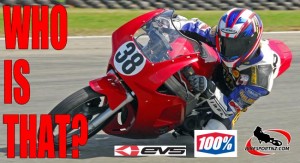 The rider featured in the main photo last week was a young man who was, at the time, fast rising up the New Zealand road-racing ranks. The photo was taken in 2007.

It is Christchurch’s Eric Oliver-Maxwell.

He raced the 125GP class with some success in New Zealand and then stepped up to the 600cc ranks, where he finished third overall, behind Midge Smart and Jaden Hassan in the 600cc superstock class in 2011. 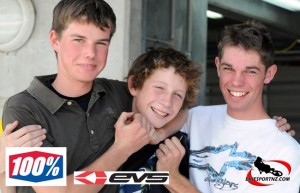 The second photo featured last week was of a trio of young Canterbury racers, horsing around in the pits at Manfeild about four years ago.

We wanted you to name all three individuals. The young man in the centre is Christchurch’s Nick Cain, sandwiched between Hoogenboezem brothers Alastair (left) and James (right).

Cain was another rising star in road-racing in New Zealand, who, at the tender age of 14, fought his way onto the podium at one round of the nationals in 2007.

Racing in the super motard class, the talented all-rounder broke his back at the Nelson street races at the start of 2011 and it wasn’t until the end of the season that he made it back onto the race track. He now lives in Auckland.