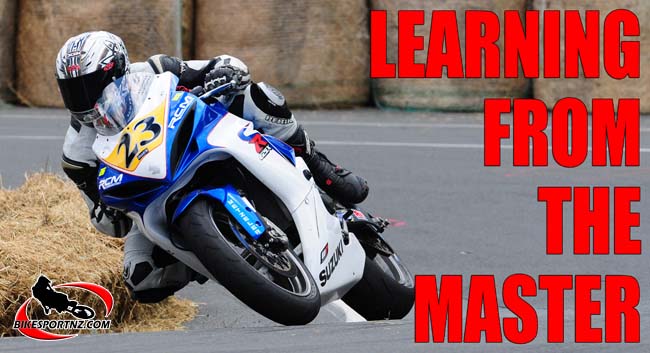 If he’s to be charged with guilt by association, then Kiwi motorcycle ace Karl Morgan is more than happy to confess.

The 24-year-old Aucklander, a bike mechanic by trade, is one of many Kiwis in recent times who has crossed the Tasman in search of prosperity.

The difference with Morgan is that he’s eventually coming back and he’ll be bringing the riches home with him.

Morgan is happy to work as a labourer as he shares a flat with Australian superbike hero Robbie Bugden, using each moment he can spare to race and train with the three-time former New Zealand superbike champion and the man who is also heavily favoured to win the 2012 New Zealand Superbike Championships.

Bugden has a healthy points lead in the superbike class after four of five rounds in the nationals, with the fifth and final round set for this weekend at Taupo.

“I’ve been racing since I was 13,” said Morgan. “I’ve won a few races over the years, but living and working in Brisbane has given me the opportunity to learn from one of the sport’s masters (Bugden).

“I’m more relaxed and calm … getting a lot more out of my racing now. I feel I’m a better rider now that I was,” he said.

Morgan finished third overall in the 600cc class at the annual Suzuki Tri Series, which wrapped up on the streets of Wanganui on Boxing Day. It was a Suzuki 1-2-3 in that series with Wellington’s Glen Skachill winning ahead of Christchurch’s Dennis Charlett, and then Morgan.

These are the same men who stand in Morgan’s way in the national championships.

Morgan is currently racing a Suzuki GSX-R600 in the 600 supersports class at this season’s nationals and he’s running fourth overall after four rounds.

“It’s a pretty full-on class,” said Morgan. “There are so many fast riders and they all have to be respected.

“But I’m really keen to get on a 1000cc superbike in the next year or so. I think that will suit my style. I love the extra power.” 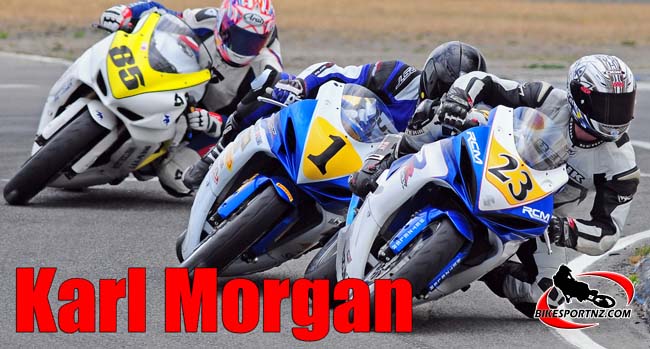