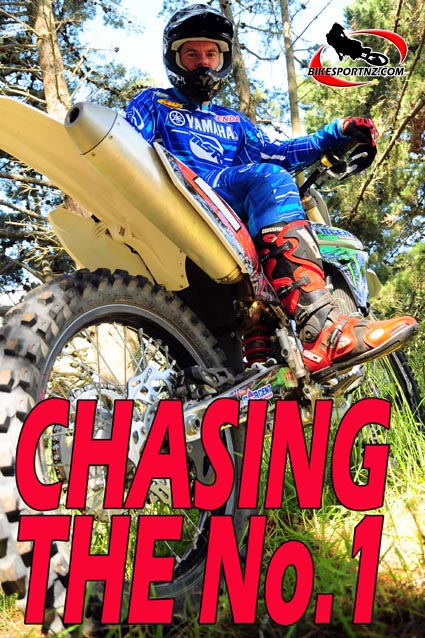 If momentum means anything at all, then Pahiatua motorcycle maestro Paul Whibley could be the man to beat in the United States in 2012.

The former Manawatu forestry worker, known affectionately on the dirt bike scene as “The Axeman”, narrowly missed out on taking the No.1 plate in the US Grand National Cross-country Championships (GNCC) series this season.

Whibley was instead forced to settle for the runner-up spot, although the Yamaha ace does not easily accept defeat and he’ll be back in the US in 2012, determined to win back the title he previously held at the end of 2009.

He experienced an up-and-down GNCC season in 2010, finishing third, and while he improved to finish No.2 this year, it is a ranking he finds even more difficult to take, particularly since he was in such hot form as his campaign ran down.

“I had a frustrating start to the 2011 season,” said the 33-year-old. “I led the first race of the series but, in blinding dust, ran into a tree and damaged my bike’s radiator.

“That cost me plenty and it meant I had to spend the whole season playing catch-up in the points. I was creeping back up the points when I broke a bone in my foot. You could say I had an inconsistent start to the year.”

But the second half of his season was certainly consistent and in all the right ways.

“I was the only rider to finish on the podium at both the final two rounds. It was good to close out the season in second spot so, overall, it was not such a bad year in the end.

“I have the same sponsors in place for next year – AmPro Yamaha and Monster Energy – so I have the support I need to get the job done.”

He is already starting to build up for his 2012 season in America, running, cycling and swimming, not to mention riding his Yamaha YZ450F whenever he can.

“I know I can again expect stern competition from Kailub Russell, Cory Buttrick and Charlie Mullins, but it’s a tough competition and anyone can threaten.”

Whibley is a four-time consecutive winner of the parallel Off-Road Motorcycle and ATV (OMA) series in the US and he begins that title defence at the end of February. But it’s the GNCC title he craves most and that campaign kicks off in the first week of March. 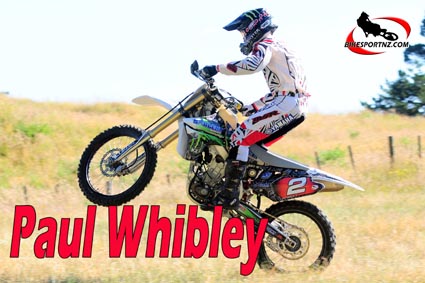