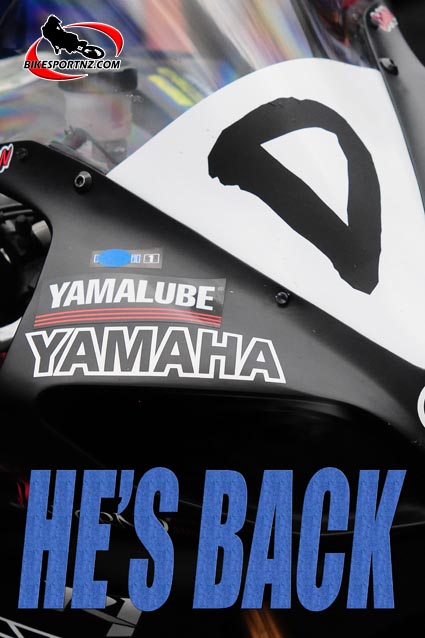 Fresh from his shock win over the New Zealand superbike elite on the streets of Wanganui’s Cemetery Circuit on Boxing Day, Australian Dan Stauffer has announced that he will now line up to race at the opening round of the New Zealand Superbike Championships at Ruapuna this weekend.

A last-minute entry, it means the Gold Coast rider’s name will not appear in the pre-printed programme but that’s probably not as important to the Yamaha ace is it will be for his name to appear in newspaper headlines on Monday, hopefully as the winner of the premier class.

Stauffer won all three superbike races at Wanganui on Boxing Day – on only his second visit to the iconic venue, perfectly backing up his win on debut there in 2010 – and he hopes he can finish the day unbeaten at Ruapuna this weekend too.

He will race the same 2010-model Bernard Racing Yamaha R1 that he campaigned with success in New Zealand last season, the bike being generously loaned to the team by its new owner, Aucklander Jared Daniels.

Again riding under the banner of Wanganui team owner Brian Bernard, Stauffer has additional support this season from Dunlop and from Trevor Pierce Yamaha in Christchurch, as well as from Wellington-based suspension wizard Kerry Dukic.

“We actually put a new shock in the bike just before racing at Wanganui on Boxing Day and then went out and swept the class as well as setting a new lap record, so we know we have a good crew behind us,” said Bernard, the team owner and “chief floor sweeper”.

“I am thrilled to have Dan racing for us at Ruapuna,” said Bernard. “I am excited to see what he can do.

“He had a tough time at Ruapuna last year, so you could say that Dan has a little unfinished business to do there.”

Practice and qualifying is set for Saturday with the two superbike championship races on Sunday.

The superbikes share the programme with the 600cc supersport and 600cc superstock classes, as well as races for the Prolite 250, Superlite, 650 Pro Twin, 125 GP and sidecars categories.

The BikesportNZ.com press network also had this published earlier,  in the Christchurch Press newspaper yesterday morning 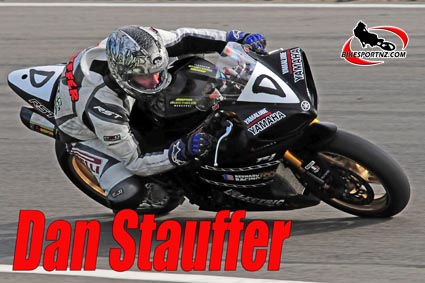