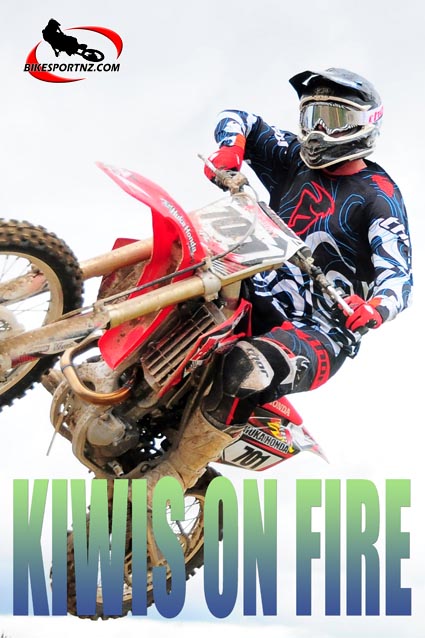 Kiwis struck it big in New Caledonia at the weekend.

The double-header event was held on Friday and Sunday, with tracks and riding conditions that were very alien to the Kiwi contingent, but still they came out on top.

Groombridge (pictured above) won the pro open class outright, with Saunders finishing third on day one and then fourth on day two after suffering a flat tyre, while Moir wound up eighth overall.

Knight raced in the junior grade and crashed on day one, hurting his wrist. He therefore raced only five of the six races in his class, dropping him to sixth overall. He still finished 1-1-2 in his three races on day two.

Chase’s performance in the 85cc junior class was outstanding, with the 13-year-old winning six races from six starts.

The course on the Friday was hard-packed, dry, dusty and tight, with the air temperature zooming to the high 20s, while Sunday’s circuit was a much faster and more open construction, although it featured many rocks and temperatures reached as high as 30 degrees Celsius. 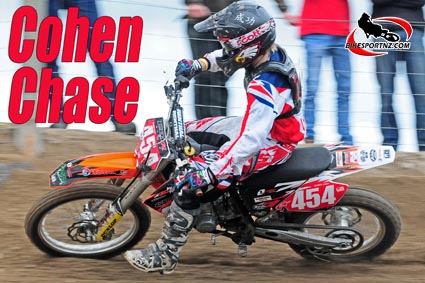