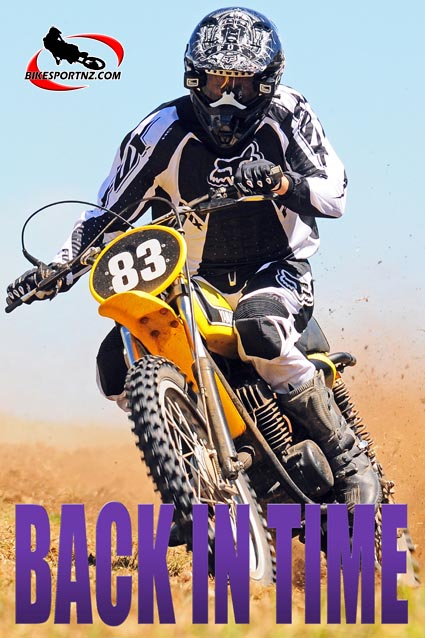 His name is Steve Gallichan but his friends call him “Tricky Dicky”, the leader of the “Tricky Dicky Racing” VMX team.

The New Zealander, who lives in the shadow of snow-capped Mount Taranaki, just outside New Plymouth, is a self-confessed “vintage motocross nut” and now he has put together a museum to prove it.

Gallichan has amassed a huge collection of vintage motocross memorabilia over just a nine-year period and now he wants to share the passion with like-minded individuals, people who have either raced these classic old machines in the past or, as any current VMX race event will prove, continue to enjoy the attraction of burning two-stroke pre-mix oil and the distinctive sound of a crackling big-bore two-stroke race bikes.

He has an impressive array of about 60 vintage bikes – worth more than a million dollars in today’s money – and he has them housed in an alarmed display hall/workshop next door to his home, in the chill shadow on Mount Taranaki.

“I couldn’t really put a price on them,” he smiles. “They’re all fully insured but, really, they are pretty much irreplaceable.”

The bikes range in age from about 1962 until 1985, but a couple of his favourites are the 1979 Elsinore Honda CR125, all kitted out in after-market DG performance parts, just like the Mugen Honda that American factory star Johnny O’Mara used to race, and the 1979 VE414 Cappra Montesa.

“After years of hoarding, I decided it was time to share it with people who have my passion for the sport. It’s not really open to the general public but anyone who is interested only needs to contact me.”

With a DVD projector and giant screen, books, magazines, DVDs and a special VMX lounge to display it all in a side area of the museum, Gallichan said he was planning to start hosting monthly “jam sessions” for his VMX buddies.

In addition to the motorcycles, many of them in full working order and seen in action still at VMX events around the country, Gallichan has on display a wide variety of old motocross helmets, boots, shirts and pants, race programmes and books.

Gallichan describes himself as a “semi-retired businessman, bike freak and VMX restorer and racer” and, as we discovered when we visited, a ‘brief pop ours heads in the door’ can easily turn into a two-hour stay.

Main photo above is VMX “hotshot” Stan Jones, of Stratford. 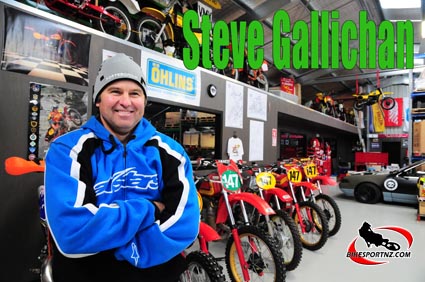 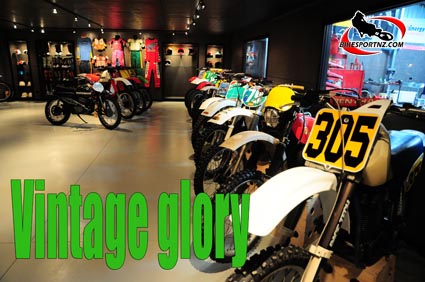 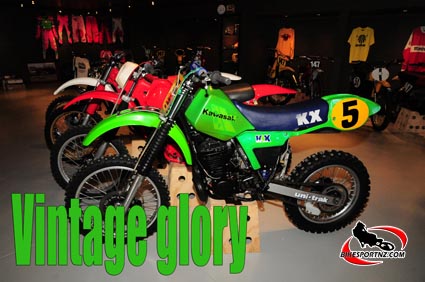