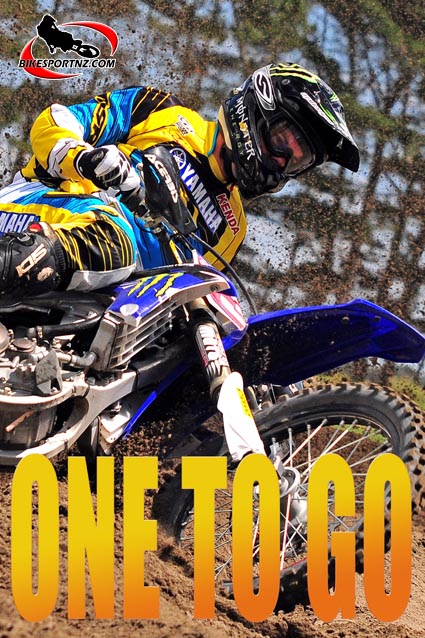 New Zealand’s Paul Whibley has his sights set on a solid podium finish in this season’s Grand National Cross-country (GNCC) Championships in the United States.

At the weekend’s penultimate 11th round of the big American series at Crawfordsville, Indiana, the Yamaha rider from Pahiatua found himself having to deal with forearm muscle fatigue – commonly known in the sport as ‘arm-pump – and this hampered his charge for the race win.

He eventually settled for third place overall at Crawfordsville as series leader Charlie Mullins collected the race win and extended his championship lead to a massive 43 points over defending champion Josh Strang, of Australia, with Whibley still third, just another two points further back.

“Rain during the week had the track primed and in perfect shape for the Ironman event,” said Whibley.

“The race started out well with a good start almost taking the hole shot but a kamikaze shot at the line by another rider took the award away from me. I led the way at various times over the first lap but the order and lead changed often with different lines through mud holes and river crossings mixing it up.

“Charlie Mullins stepped it up late in the lap and took control and opened up a lead that he would never relinquish.

“I settled into second place after my arm pump problems eased. Think I pumped up a little more than usual as a result of soaking my gloves in one of the deep creek crossings. With my gloves drying and my arms, I relaxed and got into a groove and began to put in some good laps.

“I caught up to Charlie in the middle of the race and was looking forward to a battle right down to the wire. Unfortunately, I think a lapper that moved over for Charlie didn’t realise I was right there too, pulled back onto the track in front of me, sending me off into the sticks.

“Getting back on track and into the chase, I maintained my position, although the resulting loss in time I was never able to regain. Charlie was riding great and had the race well under control over the last couple of laps.”

Just one more round remains – the rescheduled fifth round that was postponed because of weather earlier in the season – and Whibley knows it is impossible for him to now win the title overall, although second spot on the season’s podium is still very much on the cards.

Mead is in no position to challenge for a top finish because he has not contested all of the GNCC rounds this season. He is considering full season in the US next year or the year after that.