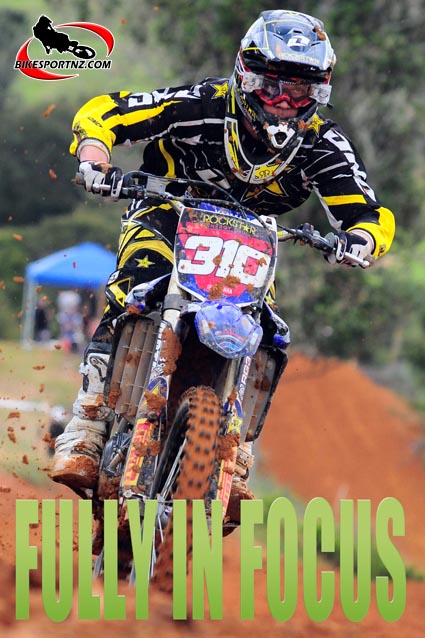 Hamilton motocross ace Hayden Clark is gearing up for another assault on the MX1 crown in New Zealand.

Clark had a mixed bag season in 2011, riding for the mighty MXDK Rockstar Yamaha team on a fire-breathing YZ450F, but also having to cope with a nagging injury that prevented him from living up to his undoubted potential.

The 21-year-old father-of-one – nine-month-old daughter Cassie he shares with partner Renae – had been looking forward to the start of the 2011 series and all was going well for him at the opening round near Timaru until he hit a slick patch on the track and went down hard, popping his shoulder.

He had earlier shown that he could match his highly-credentialed team-mate, former world No.2 Josh Coppins, and the crash came as a huge blow to Clark.

Clark was one of very few riders able to take a race win off Coppins during the Motueka man’s march towards the New Zealand Supercross Championship title in January but now, with a shoulder injury, he was severely handicapped.

“I was not 100% from that moment on. I took painkillers and strapped myself up but it wasn’t really enough,” he said.

“I have had a lot of help in the meantime from Hamilton’s John Appel, who has been training me. He has helped so much.”

As the 2012 season approaches, he will now kit up for the Cannon Smith-managed KTM team, riding a KTM350 in the MX1 class.

“Being with Darryll King and Josh Coppins last season helped me a lot too. I learned so much from them.

“I was New Zealand junior 15-16 years’ 250cc champion in 2006 but, it has been a lot tougher for me in the senior ranks. I’ve been getting top-fives but I’m over that now and really believe I can get into the top three.” 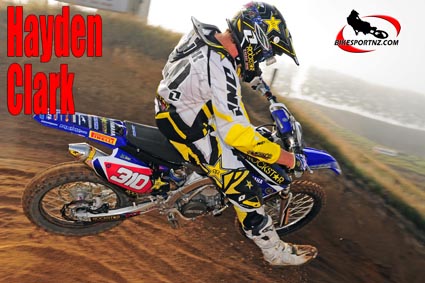