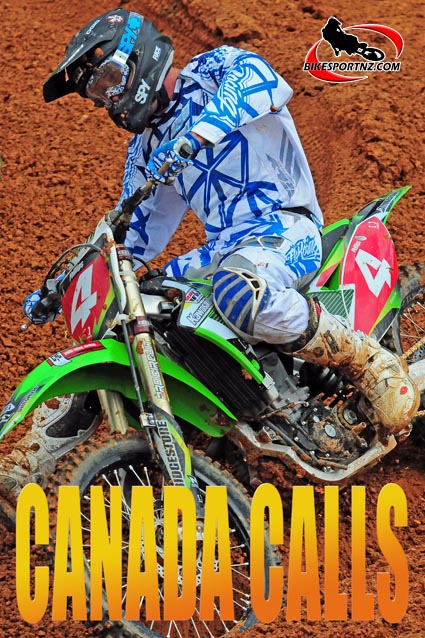 Mount Maunganui’s Mason Phillips is heading back to Canada.

He raced a Kawasaki in the Canadian motocross nationals last season, finishing sixth overall, but will return this season to race a 350cc KTM in the MX1 class for the Kini Red Bull KTM race team.

He has been training the past five weeks, now fully recovered from the injury he sustained when he crashed out of racing at round two of the New Zealand Motocross Championships at Patetonga, near Morrinsville, in February.

“I hurt my shoulder again when I crashed at Patetonga but it’s good now. I took some time out for it to come right and I’ve been back on a bike for five weeks.”

Joining Phillips in the team will be fellow Kiwi Kieran Leigh, of Cambridge, the 19-year-old to race in the MX2 class on a 250cc KTM.

The Canadian Nationals kick off at the Kamloops track in British Columbia on June 5 and it winds up at Walton, Ontario, on August 21.