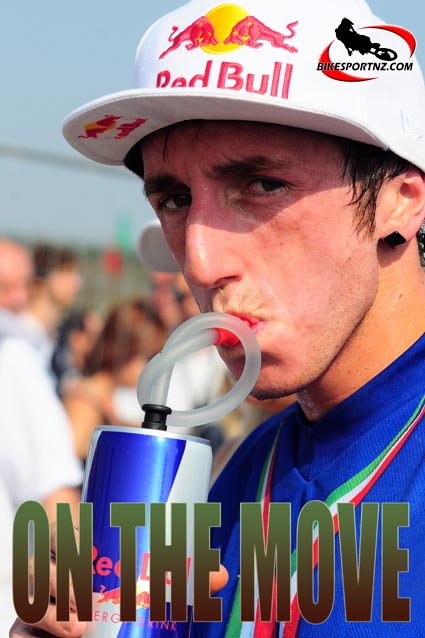 World MX1 champion Antonio Cairoli is back to his best after winning the Dutch GP at Valkenswaard overnight, but Kiwi Ben Townley is still some way short of his best as he struggles to build back up after being sidelined with injury.

Bay of Plenty’s Townley (CLS Kawasaki) qualified 16th then finished 19th in the first MX1 moto of the weekend but, with fatigue setting in, he opted not to race the second moto.

The Kiwi was just satisfied to at least be back in the mix at world championship level after his pre-season preparation was cut short when he fractured his jaw in January.

“Two weeks ago I never expected to be at this race as I am still recovering from a heavy concussion earlier this year but, last weekend, I raced in the UK, and I was happy enough how my riding was progressing that I decided together with the team to come here to Valkenswaard to race,” said Townley.

“But the track was much rougher than I could have imagined. I rode carefully during the first race but still I was tired at the finish. We had to be realistic and decided not to race the second moto, but it was a good decision to come here; I know where I am at the moment, and together with the team can work out our programme for the next few weeks.”

KTM’s Caroli, meanwhile, finished 1-2 in the deep sand of Holland to win the GP, moving from ninth to fourth overall in the standings and closing in on championship leader Steven Frossard, the French Yamaha star who won round one in Bulgaria coming home 2-5 at Valkenswaard.

Frossard enjoys a five-point advantage over Germany’s Max Nagl in the championship standings, Nagl the day’s MX1 runner-up at Valkenswaard.

Round one MX1 winner Clement Desalle (Suzuki) has slipped back to third in the standings, with Cairoli now in fourth place, just six points behind Desalle.

The MX class was won by young Dutchman Jeffery Herlings, his 1-1 results edging out fellow KTM rider Ken Roczen, of Germany, who finished runner-up both times.

However, Roczen continues to lead the MX2 standings, eight points ahead of Herlings. 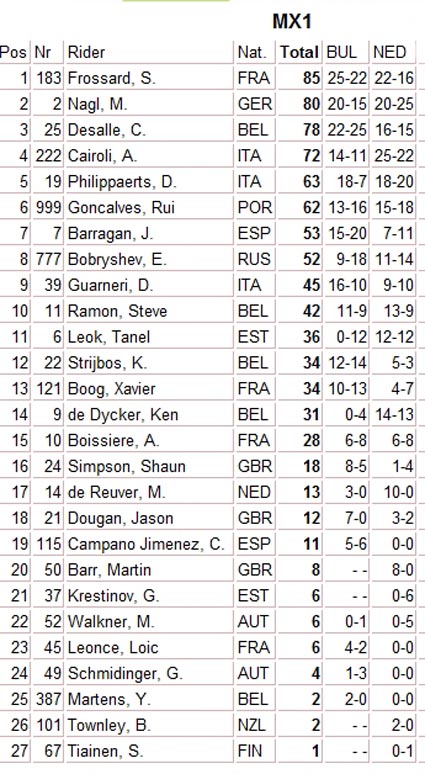 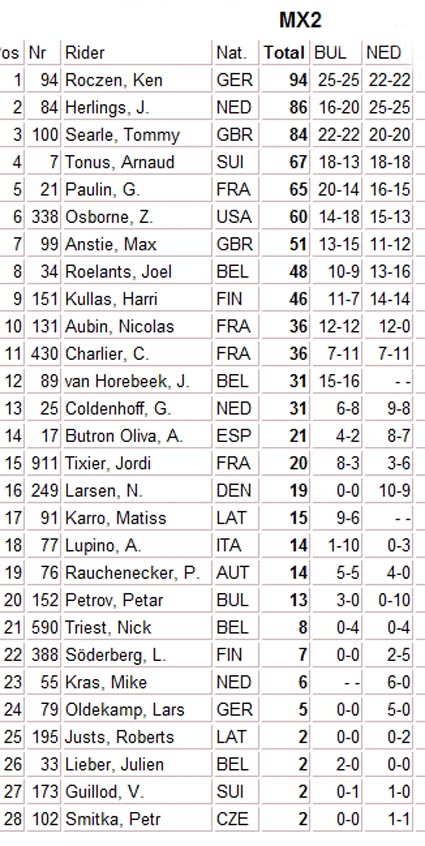 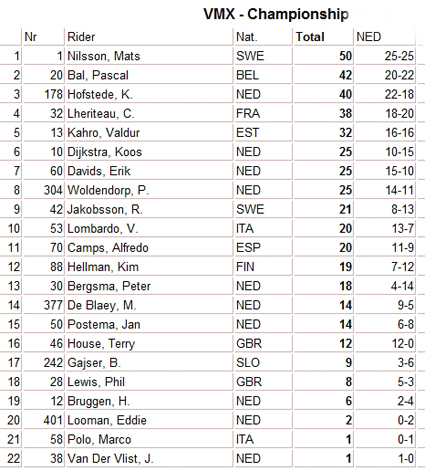